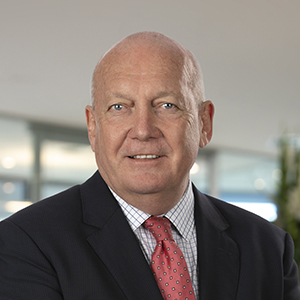 Peter is considered one of Australia’s leading commercial lawyers with a specialist practice in the transport and logistics sector.

For the past 30 years, Peter has represented bus operators and State associations throughout Australia on a variety of issues including tenders, requests for proposals, expressions of interest, probity and advising on complex contract negotiations with State governments on major public passenger service contracts and all ancillary matters pertaining to those contracts.

Peter has also acted for some of the largest private bus operators in Australia in respect to all facets of their business including M&A transactions, disputes with regulators in respect to major public passenger service contracts, shareholding disputes and governance issues.

Peter has also successfully defended operators in respect to prosecutions which have been instigated by various regulators.

Peter also advises on an extensive range of property transactions including in respect of property sales and acquisitions of residential, commercial and industrial properties, agreements for lease and leases (including lease terminations and surrenders), licences, due diligence and enquiries, environmental and contamination issues (particularly in respect of transport depots, fuel stations and commercial properties) and planning and environment applications.

“The Webster family, Management and all the staff at KBL are very privileged to be represented by Peter Dwyer and the Piper Alderman team.”
Client Testimony: Kangaroo Bus Lines – Chief Executive Officer

How the transport sector is responding to COVID-19