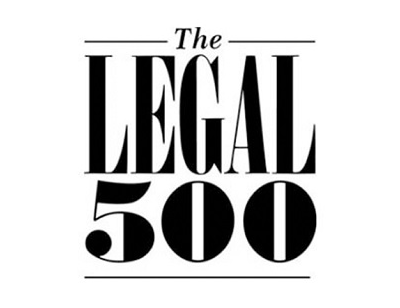 The Legal 500 Asia Pacific has recognised our expertise in the 2019 edition with 34 of our partners and senior lawyers recognised across 8 areas of law.  The directory ranks firms into tiers based on a number of factors including complexity of matters handled, size of practice and client feedback received.

Piper Alderman’s ‘excellent’ team is ‘hard to fault’ and ‘gives direct access to the most experienced partners, who provide immediate responses’. The broad practice has particular expertise acting for contractors, recently advising Watpac Construction on the demolition of Brisbane’s former Royal Children’s Hospital and the construction of a public health facility, forming the first stage of the Herston Quarter redevelopment; the matter was led by the ‘commercially savvy’ Ted Williams, whose ‘industry standing carries weight in negotiations with other parties’. The ‘very commercial’ Tim Coleman assisted Ridley with the redevelopment of Sydney’s education department building into a 6-star hotel. Geoffrey Emmett, an ‘exceptional lawyer who always adds value’, assisted Coopers Brewery in relation to the design and construction of a facility, Coopers’ largest single facilities investment in its 155 years of operation. Also recommended are Megan Calder, who ‘understands the industry’ and ‘gets things done’, and Tim Lange, a ‘thought-leader who is focused on providing solutions’. The five-partner team, which is led by Geoffrey Emmett, has been bolstered by Robert Riddell and special counsel Daniel Fitzpatrick arriving from Dentons.

Piper Alderman’s ‘excellent’ team has seen significant growth due to its merger with boutique corporate firm Norton Gledhill, adding Alasdair McLean, Bruce Cameron, James Macdonald, Michael Coker and Hugh Scales as well as consultant David Burridge to the practice. It has been further bolstered by a number of lateral hires and internal promotions; the team, which is jointly led by James Dickson and Macdonald, now counts 28 partners. The latter displays ‘an amazing work ethic’, ‘is calm under pressure and is extremely competent’; he recently assisted the AFL Players’ Associationwith establishing its injury and hardship fund. Southern Cross Equity Groupinstructed the team on the sale of Axiom Islington North’s 50% interest in the Churchill Centre North shopping centre. The team is ‘pragmatic and uses astute business judgement to get the deal done’. Michael Bacina  leads the growing cryptocurrency practice.

Piper Alderman’s team is ‘first rate in every respect’ and has expertise in debt recovery and commercial litigation. ‘Solid litigator’ and practice head Simon Morris as well as ‘exceptional negotiator’ Gordon Grieve are singled out; Grieve and Greg Whyte successfully represented DIF III Global Co-Investment Fund in its recovery of a failed investment in the acquisition of a US-listed company. The team has been strengthened by the arrival of special counsel Susanna Khouri, who joined from litigation funding company IMF Bentham; Leneen Forde has left to join the Victorian Civil and Administrative Tribunal.

Piper Alderman is noted for its ‘excellent level of service’. Practice head Tim Clark continues to represent the Australian Digital Health Agency in a patent opposition matter and is acting for a healthcare client in the potential commercialisation of a vaccine technology. The ‘highly knowledgeable‘ Tim O’Callaghan acts for Australian finance company Pepper Group in opposition proceedings against parties infringing Pepper’s trade marks in Israel, the EU, Australia and New Zealand. Sarah Johnson joined from Kemp Strang.

Piper Alderman’s ‘concise, commercially oriented, practical and fearless‘ team is led by the ‘astute and measured‘ Tim Lange, who is ‘sensational to work with, responsive, attentive and aware of the client’s needs and expectations‘. The firm merged with legacy firm Norton Gledhill, which brought several employment lawyers including principal Chris Hartigan, who is experienced in industrial relations and discrimination claims and ‘delivers to an impeccable standard‘. Recent mandates include defending Freelancer.com in a claim brought by a former senior executive who had resigned alleging he had been dismissed unfairly, representing Sodexo in an unfair dismissal claim, and advised Dufry on its enterprise bargaining process including related union issues. Adelaide-based David Ey is also a key name to note.

Piper Alderman’s ‘client-focussed’ practice is ‘outstanding’ and possesses ‘good depth beyond partner level’. The team is led by managing partner Tony Britten-Jones. Lexia Wilson acted for Charter Hall in the A$100m acquisition of three Brisbane industrial assets and assisted Tian An Australia with the development of 98 apartments spanning three residential buildings. David Burridge and Gordon Bell joined following the firm’s merger with Norton Gledhill; Mark Askin, who has ‘in-depth sector knowledge and commercial insight’ and Adam Rinaldi have both been promoted to partner. The team has expertise with handling construction and development agreements, stamp duty and transactions, and regularly acts for local developers, real estate companies and government entities.

Piper Alderman represented a number of financial services clients placed under scrutiny in the Banking Royal Commission. The team also defended Aurora Funds Management in proceedings brought by both ASIC and Molopo Energy and is on the Australian Health Practitioner Regulation Agency panel, advising on, and appearing in, appeals by practitioners against board decisions. Joint practice heads Tom Griffith and James Dickson are the names to note.

Piper Alderman fields ‘an excellent team that is well skilled and highly knowledgeable in the area‘ with ‘a great depth of talent’ including ‘technically brilliant‘ Melbourne-based department head Michael Lhuede and the ‘experienced and client-focused‘ Joanne Hardwick, who has been ‘a strong addition to the Melbourne team‘ following her move from legacy firm DibbsBarker in 2018; Thomas Russell in Sydney is ‘quick to develop and articulate compelling arguments and commercial solutions‘, and Adelaide-based Michael Hayes ‘provides solid and reliable advice‘. The group’s recent work includes acting for US Bank National Association as the US note trustee on the reconstruction of Boart Longyear, and representing Dye & Co as liquidator of Mamounia in multiple Supreme Court claims.

Federal Court of Australia approves its power to make future...

Lexology Getting the Deal Through – Litigation Funding: Australia, 2022...

Clarity in Competing Class Actions: High Court reinforces that there...

Lexology Getting the Deal Through – Litigation Funding: Australia, 2021...