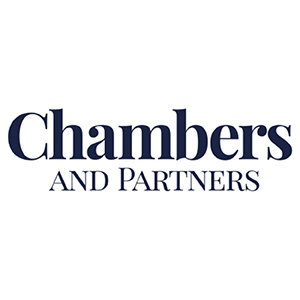 Chambers and Partners announced its rankings for the Chambers FinTech Guide 2020 and Piper Alderman has been ranked in Band 3 for FinTech Legal in Australia.  This is the first ever ranking for the FinTech team with commentary about the practice as follows:

Highly regarded for expertise in blockchain and cryptocurrency and noted for accepting Bitcoin as payment for services. Handles a wide range of matters for FinTech startups, such as cryptocurrency tax and employment matters, security token issuances, risk analysis and company set-up. Also advises multinational payment platforms and exchanges on entering the Australian market including compliance with privacy, anti-money laundering and counter-terrorism legislation as well as licensing requirements.

Partner Michael Bacina is also recognised for his Blockchain and FinTech expertise in the FinTech Ranked Lawyers with a Band 1 ranking.  This is Michael’s second year in the Band 1 rankings and commentary from Chambers and Partners is as follows:

Michael Bacina is recognised as being “one of the thought leaders in the FinTech space.” Bacina is renowned for his expertise in blockchain and cryptocurrency and often advises on issues around tokenisation. He recently acted for Avestix on the establishment of its accelerator hub as well as its asset tokenisation strategy and corporate structuring. “Given his experience in computer science,” say commentators, “he is able to explain complex and foreign ideas to legal practitioners in a way that is digestible.”