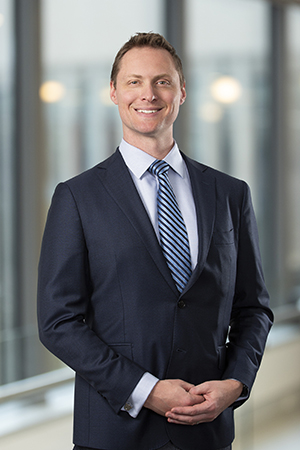 Michael advises companies dealing with Digital Law: the intersection of cutting edge technology, automation and innovation.  As a former software developer, Michael has a rare combination of technical, regulatory and legal skills which he leverages to assist his clients.

Since founding and exiting a successful IT business in the early 2000s, Michael has maintained an active involvement in software development.  He is knowledgeable in the workings of (and legal issues surrounding) digital currencies and digital assets, blockchain projects, smart contract issues as well as FinTech and RegTech projects.

This technical knowledge coupled with a highly commercial approach enables Michael to add real value to his client’s business in front and back end advice. Michael delivers targeted advice for the whole of life software, start-up (including fundraising) and project lifecycle including design and analysis, commercial contracts including shareholder, advisory, supply and software agreements, financial services regulation including project analysis, compliance as well as fundraising documentation and ongoing support.

Michael regularly publishes on technology and Blockchain and technology matters and is a sought after speaker on regulatory issues facing smart contract, Blockchain and technology adoption, appearing both internationally (New York, San Francisco and Singapore) and in Australia (Sydney, Melbourne, Adelaide and Brisbane) and recently appearing before the Australian Senate Inquiry into FinTech and RegTech.  He has been ranked Band 1 in FinTech by the prestigious Chambers & Partners in 2019, 2020 and 2021, and serves on the Board of Blockchain Australia and the Board of the Canadian Australian Chamber of Commerce.

Michael Bacina is recognised as being “one of the thought leaders in the FinTech space.” Bacina is renowned for his expertise in blockchain and cryptocurrency and often advises on issues around tokenisation. He recently acted for Avestix on the establishment of its accelerator hub as well as its asset tokenisation strategy and corporate structuring. “Given his experience in computer science,” say commentators, “he is able to explain complex and foreign ideas to legal practitioners in a way that is digestible.”
Chambers Professional Advisors: FinTech Legal Australia, 2020 edition