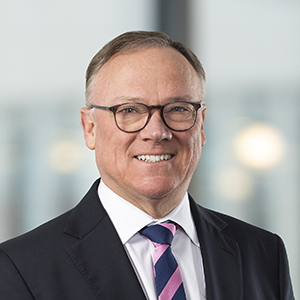 Tony is Piper Alderman’s Managing Partner. He specialises in commercial property and has particular expertise acting in relation to retail and office developments, residential and mixed use projects, commercial tenancies, community and strata title matters.

Tony has been recommended in The Legal 500 Asia Pacific for his “confident, timely, professional and well considered advice” and his “breadth of knowledge” with client feedback describing him as “a very competent, no fuss lawyer” who “gets stuff done quickly and efficiently”.

‘Tony Britten-Jones stands out due to his knowledge and efficiency. He does not run up a client’