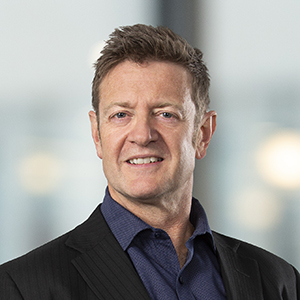 Robert has a long history of advising on soft and hard infrastructure projects, including ports, power, education, telecommunications, mining and agribusiness projects and leverages off a wide range of specialised legal skills available to him through the robust Piper Alderman network.

As a leading practitioner in security of payment in NSW, Robert is active in the Technology and Construction Lists in the Supreme Court.  He is also increasingly acting for clients in commercial arbitrations, and the enforcement of awards, both domestically and overseas.

Robert has been an accredited Security of Payment adjudicator since 2003.  In 2005, he was appointed to Master Builders Association’s Legal and Contracts Committee.  In 2015, he was appointed Honorary Patron of the Institute of Building Consultants in New South Wales.  In 2018 he was elected Chair of the Resolution Institute’s Sydney Determinative Professional Development Group, accrediting adjudicators, expert determiners and arbitrators and designing and rolling out their ongoing professional education programs.

In June 2020 Robert was recognised by Resolution Institute as a Grade 3 arbitrator.

Robert Riddell is ‘outstanding’ and someone who ‘thinks very commercially’.
The Legal 500 Asia-Pacific: Australia – Construction

Your Risk Allocation Just Changed (No Matter What Your Contract Provides)

Significant NSW Security of Payment amendments to apply to contracts entered into on or after...

The 2018 Security of Payment Amendments arise from the Dead!