Long mooted and important changes directed at foreign investment in Australian farming land will soon be made to Australia's Foreign Investment Policy. In this alert, our Agribusiness team discusses the changes and what they mean for foreign investors in Australia.

The Commonwealth Government is delivering on its election promises to increase scrutiny around the acquisition of Australian agricultural land by foreign interests by:

These changes will be implemented by amendments to Australia’s Foreign Investment Policy, which are yet to be released. Based on our discussions with the FIRB, the amended policy document is not expected to be available until around 1 March 2015.

These changes are not unexpected, and follow a lengthy process of legislative and policy change which has been mooted for agricultural investment for several years now.

The Government has announced that from 1 March 2015, acquisitions by foreign investors of Australian agricultural land worth more than $15 million will require the approval of FIRB.

The new $15 million screening threshold will apply to the cumulative value of agricultural land owned by a foreign investor, that is, it will include the value of the investor’s existing holdings and the purposed purchase.

This represents a material reduction to current threshold of $252 million, which is not assessed cumulatively, but applies to individual purchases only.

The Government has also announced that it will establish a foreign ownership register of Australian agricultural land. This is said to be intended to “strengthen reporting requirements and provide a clear picture of foreign investment in Australia’s agricultural sector”.

The Australian Tax Office will be the body responsible for maintaining the register. The ATO will commence collecting information on new foreign investments in Australian agricultural land from 1 July 2015, regardless of value. It will also carry out a stock take of existing agricultural land ownership by foreign interests. Information on the new register will be collected from state and territory based lands titles offices.

Key implications
The material reduction in the monetary threshold for FIRB approvals will affect all foreign persons acquiring interests in Australian agricultural land with a value of $15 million or more. Further, foreign persons already holding at least $15 million worth of Australian agricultural land will be required to obtain FIRB approval for all further acquisitions, irrespective of value.

This will mean that foreign investors will need to factor into transaction structuring and timing, the time required to obtain FIRB approval and the additional transaction costs associated with obtaining approval, including FIRB application fees.

The significant reduction in, and cumulative effect of, the approval threshold is likely in our view to result in an increase in the number of acquisitions of agricultural land requiring approval, which may also lead to extended response times from FIRB, which is generally 30 days under the current rules.

Although there has been no pronouncement on grandfathering contracts signed before 1 March which settle after that date, in our view currently contracted land which is to settle after 1 March 2015 would not be subject to approval because the notifiable interest would already have been acquired when the contract was entered into, and when acquired, the interest would not have been subject to reporting to approval.

Any contract signed after 1 March 2015 for an acquisition of rural land by a foreign person which meets the value thresholds should contain a condition precedent to completion that FIRB approval is obtained.

Applications will need to be made in the usual form and be accompanied by details of the acquirer’s domestic and overseas structure and an assessment of the merits of the acquisition relative to the national interest test. Our view is that social and environmental stewardship, together with capex intentions and employment opportunities will be important features to be addressed in applications under the new rules.

Whilst the extent of public disclosure arising from the proposed register of foreign interests in agricultural land is yet to be fully spelt out by the ATO, there is inevitably an inherent risk that commercially sensitive information may be available in the public domain. The scope of that risk is yet to be fully understood given the paucity of information currently available on the register.

The Government is currently considering the recommendations of the House of Representatives Standing Committee on Economics in respect of foreign investment in Australian residential real estate.

The Government has expressed the view that greater enforcement of the rules for foreign purchases of existing homes are needed to ensure that young people are not priced out of the market. The details of reforms in relation to foreign residential real estate will be announced in coming weeks. 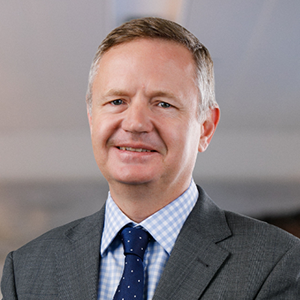