Home » Insights » Can an employer also be an employee?

A recent Federal Court ruling involving a betting agency has highlighted the different approaches that judges can take in determining whether a worker is an employee or an independent contractor. The result of the case will give some comfort to businesses who would prefer to subcontract work and avoid the costs and responsibilities of being an employer. But it remains important not to underestimate the risks of such a strategy.

In the absence of a statutory definition of employment, courts, tribunals and government agencies (such as the Australian Taxation Office) determine whether a worker is an employee or a contractor by applying an impressionistic, multi-factorial test. This involves asking, and weighing up the answers to, a series of questions about the arrangement under which a person has agreed to work for an organisation. These concern, for example, the extent of any control over the work, the responsibility for supplying any tools or equipment, and the scope of any freedom to do the same work for others or to delegate responsibility for performing the contracted tasks.

Until recently, a business could be fairly confident that if it engaged a worker under an agreement that was carefully drafted to support the characterisation of a worker as a contractor, by maximising their apparent autonomy, the arrangement would survive any legal challenge.

But that has now changed. In a series of recent decisions, involving the likes of interpreters and insurance agents, the Federal Court has emphasised the need to look past the contractually agreed terms and focus instead on the substance or practical reality of the relationship. If it is apparent that a worker is not genuinely running a business of their own, or that the only business they are conducting is that of the organisation that has engaged them, they will be classified as an employee –even if they had agreed to be treated as a contractor.

In Fair Work Ombudsman v Quest South Perth Holdings Pty Ltd [2015] FCAFC 37, which involved a clumsy attempt to convert two employed housekeepers into contractors, Justices North and Bromberg endorsed that approach. They emphasised that a worker can only be regarded as a contractor if they are an ‘entrepreneur’ whose operations have at least some of the ‘fundamental hallmarks’ of a commercial enterprise. These include taking risk in the pursuit of profits, dealing with a range of clients, employing their own staff, advertising their services and having business assets.

In Morrow v Tattsbet Ltd [2014] FCCA 1327, a Federal Circuit Court judge relied on similar statements from earlier decisions to find that Ms Morrow, who operated a TAB agency for Tattsbet, was employed by that firm. This was despite the fact that she employed her own staff to help perform the required work. Almost every aspect of the agency’s operations were dictated by Tattsbet and the judge could find no indication that Morrow had a business of her own.

The case concerned a claim by Morrow that her services had been wrongfully terminated for seeking to make a complaint or inquiry about her entitlement to superannuation contributions, in breach of the ‘general protections’ in Part 3-1 of the Fair Work Act 2009. Although rejecting that claim, the judge awarded Morrow compensation for Tattsbet’s failure to give proper notice of the termination of her employment.

On appeal, in Tattsbet Ltd v Morrow [2015] FCAFC 62, a Full Court of the Federal Court overturned the finding that Morrow was an employee. But this did not preclude her from claiming a breach of the general protections, most of which apply to contractors as well as employees. The court ruled that the judge, who was criticised for taking 21 months to issue his judgment, had not properly dealt with some of her general protections claims. Accordingly the matter was remitted to the Circuit Court for further consideration.

The principal reason for Morrow being found to be a contractor was, as Justice Jessup explained, that:

‘she was not engaged, or paid, for her own work alone. She was engaged to operate the agency, and was paid by reference to the value of the business transacted there. She was not required to perform all the work herself, but was free to employ others to assist her or, on occasion, to work in place of her …’

His Honour stressed that in employing staff, Morrow was not acting as a mere agent or ‘conduit’ for Tattsbet, but accepted personal responsibility for engaging and paying them, paying workers compensation premiums, and so on. Furthermore, the fact that she only earned about a third of the gross remuneration which she received for operating the agency supported the view that this was not an arrangement purely for her personal skill and labour.

In saying this, Justice Jessup made a point of disagreeing with the approach taken in Quest. The central question was not, in his opinion, whether Morrow could be said to have a business of her own. Rather, it was whether or not she could be regarded as an employee, on application of the established multi-factorial test.

In a separate judgment, Chief Justice Allsop agreed that the factors highlighted by Justice Jessup were sufficient to indicate that Morrow was undertaking an ‘enterprise’ of her own. But he specifically reserved the question of whether it was correct, as Quest suggested, to focus on ‘whether a commercial enterprise as a going concern with employed capital and undertaking risk is being carried on’. In some cases at least, he thought, the question of ‘[w]hose business or enterprise is being carried on may be critical’.

He also made a point of noting that while it was ‘a matter of great significance’ here that Morrow employed her own staff, this could not be treated as determinative of her status. In his view at least, it would be possible to be an employer and still be regarded as an employee of another organisation.
The third judge on the Full Court, Justice White, concurred with Justice Jessup, but also signalled his agreement with the Chief Justice’s additional comments.

As matters stand, therefore, there is plainly some disagreement among the judges of the Federal Court as to whether it is possible to be an independent contractor without having at least some of the trappings of an independent business. But the majority of recent judgments suggest, at the very least, that an organisation that treats a worker as an independent contractor should be careful to ensure that the person concerned can plausibly be said to have a business of their own.

In Tattsbet, there were enough indications that Morrow was not just working within and for Tattsbet’s business, but operating an enterprise of her own, to justify her treatment as a contractor. But in situations where a worker has no staff of their own, or has a power to delegate tasks that in practice is never exercised, the risks are much greater that a court will look past the label of ‘contractor’ and make a finding of employment, on the basis of the substance or practical reality of the relationship. Given the potential liability that may ensue for superannuation contributions, leave entitlements, and so on, this can be a very expensive mistake to make. 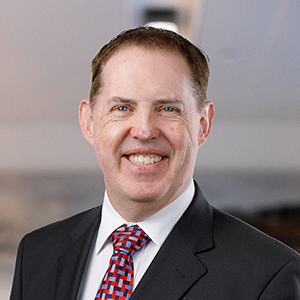