Home » Insights » Forrest not so silly? Predatory pricing after the Competition Policy Review

Forrest not so silly? Predatory pricing after the Competition Policy Review

Furore broke out recently when Andrew Forrest suggested that Australian iron ore producers should cut production to address oversupply and falling prices. It was reported that larger Australian producers had flooded the market and that some smaller Australian producers are in financial difficulties due to falling prices. Apart from demonstrating textbook damage control by Fortescue Metals, the episode provides a useful case study to consider how the recommendations of the Competition Policy Review’s final report will change that application of section 46 to predatory pricing (and cartel conduct).

The situation of our iron ore producers provides a useful case study to analyse the central problem addressed by section 46, namely, “market power”. Many recent reports have suggested that Australian iron ore producers supply about 25% of the world market and that by flooding the market they have forced prices down, with the result that less efficient overseas producers and smaller Australian producers may be forced out of the market. However, some analysts point out that when oversupply results from reduced demand, most suppliers will be “price-takers” lacking market power, and that suppliers can be expected to compete aggressively on volume. Consequently, it is likely that less efficient competitors will be eliminated. That is what markets and competition are supposed to do, and Australian courts have held in such circumstances that the dominant firm does not have market power, or if it does, does not misuse it even if less efficient competitors are excluded from the market.

Regulators nevertheless remain suspicious that dominant firms are giving the market a helping hand to exclude competitors. Following the ACCC’s loss of a landmark predatory pricing case in 2003, the legislation was amended to make it easier to prove the dominant firm had a prohibited purpose. These amendments, and related “Birdsville” amendments which prohibit below cost pricing, become unnecessary and will be repealed if the Competition Policy Review’s “effects test” is introduced.

In the wake of the furore over Andrew Forrest’s suggestion about reducing supply, Fortescue Metals has announced that it intends to continue to expand production and to cut costs to remain efficient even if iron ore prices fall further. This no doubt negatives any suggestion of concerted action. The Review’s final report recommends that the “cartel conduct” provisions be limited to conduct affecting a market in Australia. They are not so limited at the present time, which suggests Fortescue was wise to backtrack on the proposal to limit production. Fortescue also subsequently asserted that there is no excess supply. This make sense, given that increasing production in such circumstances should mean that product is being stockpiled somewhere, which appears not to be the case. However, it adds fuel to allegations by junior producers that Fortescue itself is one of those who have flooded the market. While the market is essentially a world market, rather than specifically a market in Australia, which is the concern of section 46, it is interesting to consider how the proposed “effects test” would apply to similar conduct within its purview, where anti-competitive effects may be suspected.

The Review’s final report gives no indication that the consequences in this scenario have been thought through in detail, which ordinarily might be expected of law reform proposals. The Review proposes that, to give business greater certainty, the ACCC should issue guidelines on how it proposes to enforce the new test. This will be a much anticipated event, as similar guidelines in the US and EU have been contentious and have failed to create greater certainty, e.g. the European Commission Guidance on single firm conduct of 2008, and the US Department of Justice report on single firm conduct of 2009 (subsequently withdrawn).

The Review has accepted that conduct of a firm that might be innocuous in a competitive market may have anti-competitive effects when undertaken by a firm with market power. It is certainly the case that a firm with a significant market share, such as the dominant Australian iron ore producers mentioned above, has a greater capacity to influence the market. It is accepted in US jurisprudence that markets and competition may be expected to have the effect of excluding competitors, e.g. if supply exceeds demand it may be expected that less efficient competitors, and equally efficient competitors who cannot supply profitably, will exit the market. How will the Review’s proposed test assist the courts distinguish situations where the market excludes competitors and those where the dominant firm(s) have provided that extra nudge that excludes competitors? How will dominant firms know when to pull back and not compete as aggressively as they might otherwise have done? Reports suggest that iron ore producers are competing on volume, in a falling market, to ensure that their firm is the “last man standing”. It is hard to see how the ACCC or the courts can make the required judgment to impugn a dominant firm that makes a choice to save itself ahead of its competitors.

The Review proposes to clarify section 46 to “direct the court to weigh the pro-competitive and anti-competitive impact of the conduct”. How this will apply to potential “predatory pricing” is unclear. Conduct which “meets competition”, or as mentioned above, could be expected as a normal incident of competition, cannot be said to “increase” competition, but is simply the result of the normal competitive process. The benefits (effects) that flow from this are long-term consequences of competition, e.g. productive efficiency. Under the Review’s recommended approach, the court is given no guidance as to how to weigh up “effects” that indicate for and against a contravention. In a market with excess supply and falling prices, a dominant firm may expand production to achieve cost-efficiencies and expand market share, which may suggest to the court that the conduct has the likely effect of “increasing competition in the market including by enhancing efficiency, innovation, product quality or price competitiveness in the market”. The Review points out that section 46 aims to protect competition, not competitors. However, the short-term effects are that competitors are excluded and barriers are raised to new entry, which may suggest to the court that the conduct has the likely effect of “lessening competition in the market including by preventing, restricting or deterring the potential for competitive conduct in the market or new entry into the market”. Central to this enquiry is the determination whether the excluded competitors are more or less efficient. How can this forensically be proven? Will courts have to give detailed consideration not just to production costs but to firms’ financial debt/equity ratios that expose them to financial rather than production risks when markets turn down?

How is a court to weigh up these factors that it will be “directed” to consider? The proposed “effects test” may well blur the boundaries between the legal issue to be determined by the court, and the weighing up of public interest factors normally resolved finally by the Competition Tribunal. It is clear that falling prices in the iron ore industry affect not only the miners, some of whom may be expected to fail, but their employees, subcontractors and wider communities. These effects are unlikely to be factors the courts may consider when ruling on contravention of section 46. However, the Review recommends that the ACCC be permitted to authorise conduct that would otherwise contravene section 46, if there is a net public benefit. While this may be valuable in some contexts, it would hardly seem feasible in the context of decisions firms make on a day to day basis in the course of changing trading conditions.

As noted above, the Review recommends that once the law is enacted, the ACCC should issue guidelines on how it proposes to enforce the new test. Ideally the consequences and implications of adopting a new law should be known in advance. It seems less than satisfactory that a significant change in the law should be proposed on the basis that the regulator will issue guidelines after the event to clarify how it intends to apply the proposed new law.

For more information on this topic, contact George Raitt or a member of our Competition & Consumer group. 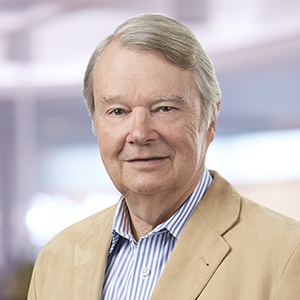