The recent case of Clout v Andi-Co Australia Pty Ltd [2013] QSC 278 concerned a liquidators’ application for an extension of the period within which to bring a number of voidable transaction proceedings. In the case the court had to consider whether the lack of funding in a liquidation was an adequate reason to explain the delay in investigating and instituting proposed proceedings or rather whether the liquidator had not been diligent enough in his duties. Senior Associate, James Nunn, discussed the case in an article published in ARITA Journal Jan-Mar 2014 – below is an abridged version of his article.

The Act is silent as to the relevant factors to be considered by the court in determining whether to extend the time within which to bring voidable transaction proceedings, however, the guiding principle is ‘what is fair and just in all the circumstances’. As reemphasised in Clout this requires the court to consider the following factors:

This case involved the liquidation of Pannells Appliances Pty Ltd (Pannells), a retailer of electrical goods, and various payments totalling approximately $4.5 million which it had made to over 40 suppliers and creditors in the lead-up to its liquidation which were identified as potentially being unfair preferences.

The liquidator submitted to the Supreme Court of Queensland that the reason he had failed to institute proceedings before the expiry of the limitation period was due to a lack of funds, which impeded the progression of the liquidation and delayed the giving of instructions and preparation of necessary reports for the proposed claims. The liquidator was further hampered in his investigations by the disorganised state of the company’s records generally and the unreliability and inconsistency of its financial records, due to which the liquidator was required to reconstruct the accounts of Pannells.

In addition to these matters, it was the liquidator’s view that it was prudent and preferable to obtain counsel’s advice on the prospects of succeeding against some or all of the respondents before commencing any such proceedings due to the commercial and cost implications of instituting proceedings against more than 40 respondents. Notably, the liquidator also made it clear that should his application be granted, he intended to approach financiers for litigation funding to further progress the matter.

On 17 October 2013 Justice Mullins of the Supreme Court of Queensland ultimately determined that it was fair and just in all the circumstances to extend the limitation period until 17 April 2014. In this regard, His Honour was satisfied that the balance of the relevant factors favoured an extension of the limitation period to enable the liquidator to:

His Honour determined that the lack of funds in the liquidation was a practical consideration that had some weight in explaining the reason for the delay in the institution of the proceedings. Interestingly, the Court took into account the practical difficulties faced by all insolvency practitioners in attempting to manage a number of insolvencies, many which lack sufficient funding to undertake the detailed investigations required, with limited staffing and other resources.

“…if the liquidator and his staff did not undertake paying work in other administrations at the same time, they would not have been in the position of being able to do the work that was done in this liquidation after they ceased taking remuneration.”

Essentially, Justice Mullins recognised (to an extent) the need for liquidators to prioritise work in funded liquidations over that of speculative liquidations to manage the liquidator’s own cash flow and resourcing issues. His Honour went on to declare that the fact that the liquidator ‘may have been able to undertake his investigations and the steps required of him to pursue recovery of unfair preferences in a more efficient and timely way’ did not justify the finding (as urged by the respondents) that the liquidator was not diligent to such an extent that it should weigh heavily against the granting of an extension.

Merits of the proposed claims

The Court accepted that the merits of the proposed preference claims were, at this stage, unable to be assessed decisively, in particular due to the fact that majority of the respondents would likely seek to rely on the ‘running account defence’ in defending the preference claims. Accordingly, the Court determined that it was appropriate for the extension to be granted to, amongst other things, allow time for the liquidator to obtain advice as to whether the running account defence could be excluded in respect of some or all of the proposed respondents so as to decide which, if any, of the alleged preferences should be pursued by proceedings.

The respondents to the application did not adduce any evidence as to any specific prejudice they would suffer as a result of the extension being granted and this was a relevant factor considered by the Court. However, the Court still determined that it was appropriate to presume that they would suffer some prejudice as a result of an extension being granted. Yet in this case such prejudice was diminished as, in May 2012, many of the respondents had received notification from the liquidator of the potential preference claims against them, which ‘gave them the opportunity to preserve records and make inquiries of relevant employees’.

In considering the length of time for the extension, Justice Mullins recognised that four months had elapsed since the filing of the application and the delivery of the judgment and that, therefore, an extension for a further six months should make it feasible for the liquidator to obtain the advices he proposes to seek, to conduct further inquiries regarding litigation funding options, and to undertake any further investigations that may be advised.

Lessons from the case

The case of Clout highlights the fact that the courts will not ignore the practical realities of a liquidator’s role, or the issues which are caused by the lack of funding in many insolvencies. Rather, such factors will be given the appropriate weight by courts when determining whether or not to extend the time for liquidators to institute voidable preference transactions.

However, it should not be presumed that a mere lack of funding will be enough to obtain such an extension. In Clout the liquidator of Pannells clearly demonstrated that significant investigations and progression of the proposed preference claims had been undertaken during the course of the liquidation, albeit over a longer period of time and at a much slower pace (when compared to what is expected in respect of ordinary litigation) due to the constrained resources.

Of course, in addition to adequately explaining the reason for delay, in order to obtain an extension it is also necessary to prove that the proposed claims have sufficient merit (or that additional time is required to establish the merit of such claims) and that these factors outweigh any prejudice suffered by a respondent to such a claim. Even in the absence of specific prejudice, liquidators should be aware of the court’s willingness to presume that all respondents will suffer some prejudice if an extension is granted, but that this presumptive prejudice can be reduced by early notification of the potential claims.

Ultimately, the court needs to be satisfied, after balancing all of the relevant factors, that it is fair and just in all the circumstances to grant the extension, as in doing so they are reducing the degree of certainty which Parliament intended respondents of such claims to have about their exposure to past transactions being unravelled years after the event. 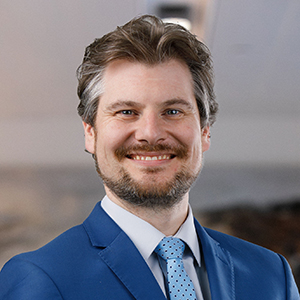