New protections when buying residential property off the plan

The Conveyancing Legislation Amendment Act 2018 (NSW) (Amending Act) is set to better regulate sales of off the plan residential property in New South Wales. In particular, the Amending Act will:

It should be noted at the outset that whilst the Amending Act introduces significant changes to the current framework, the NSW Government is yet to release amended regulations which are needed to complete the picture.

The Amending Act requires the vendor to give the purchaser an initial “disclosure statement” together with the contract for sale. At a minimum, the disclosure statement must include a draft plan (draft plan). However, the NSW Government may amend the regulations so that vendors are required to include additional documents – we consider that proposed strata-by-laws and schedules of finishes are likely candidates.

Failure to provide the disclosure statement will attract a penalty of $1,100.[1] However, we anticipate that the regulations will be amended so that the penalty is more severe – perhaps the purchaser will be entitled to rescind the contract for sale and obtain damages!

that will or is likely to adversely affect the use or enjoyment of the subject property.

This is likely to be an objective test, meaning that only those inaccuracies that would adversely affect the reasonable purchaser’s use or enjoyment of the property (taking into account the purchaser’s individual circumstances) will need to be disclosed to the purchaser.

The rationale behind limiting the vendor’s disclosure obligations to inaccuracies in material particulars is to avoid the imposition of an unduly burdensome disclosure regime that requires the vendor to disclose every miniscule change that is made during the construction process. However, this has the undesirable consequence of leaving it to the vendor to independently determine whether an inaccuracy concerns a material particular – in effect allowing the vendor to make a call on what level of consumer disclosure/protection is appropriate in the circumstances. If the vendor “gets it wrong”, the purchaser is unlikely to discover the inaccuracy until construction is completed. This could prove costly for purchasers in a cooling property market.

In addition, the vendor will be required to provide the purchaser with a registered plan (separate to the draft plan attached to the disclosure statement) and any other document registered with the plan, at least 21 days before completion.

In order to rescind a contract for sale, a purchaser must have received:

and be able to show that the relevant inaccuracy is such that:

If a purchaser can establish material prejudice, it is highly likely the purchaser will also be able to show that it would not have entered into the contract for sale if it had knowledge of the inaccuracy. Therefore, establishing material prejudice will be determinative.

Again, it is likely that an objective test will be used.[2] This will require the purchaser to show that the reasonable purchaser would consider that the disadvantage arising from the inaccuracy is “substantial” or “of much consequence”.[3]

However, there are two major differences between the statutory and common law tests:

This has been the approach taken by the Supreme Court of Queensland, when it considered whether a purchaser of an off the plan residential property could rescind their contract for sale in circumstances where the purchaser was given a disclosure statement stating that CCTV cameras and security monitoring equipment would be supplied and installed on the property, but was later informed that this would not occur. Relying on the comparable consumer protection legislation, the court found that the purchaser was materially prejudiced by the inaccuracy, and as such was entitled to rescind the contract for sale.

If the purchaser satisfies the above conditions, they may elect to rescind the contract by serving a notice of rescission on the vendor within 14 days of receiving either the notice or the registered plan (or any other document registered with the plan). On rescission, the vendor must return the deposit paid by the purchaser.

If the purchaser does not serve a notice of rescission within 14 days, the disclosure statement will be taken to be amended to include the information contained in either the notice or the registered plan (or any other document registered with the plan). The purchaser will then be required to complete.

It appears that the Amending Act will strike a fair balance between the interests of purchasers and vendors respectively. On the one hand, it ensures that purchasers who are materially prejudiced by an inaccuracy in a disclosure statement have a right of rescission. On the other hand, it ensures that purchasers do not disingenuously rely on any insignificant departure from the disclosure statement to make a case for rescission (for example, in circumstances where the value of the property has fallen since the time of contracting).

However, in the context of a falling Australian property market, we anticipate that we will see an increased number of purchasers looking to get out of their contracts for sale by relying on these provisions – which will potentially cost vendors! 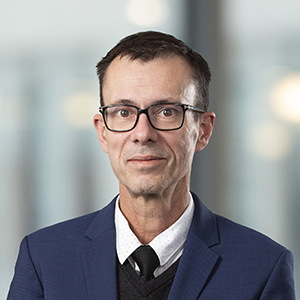