Home » Insights » Requesting arbitration in a legal dispute: the importance of what you agreed

Requesting arbitration in a legal dispute: the importance of what you agreed

If you are contemplating Supreme Court proceedings, be careful to understand with, and comply with, the agreed dispute resolution mechanism in your contract.

Failing to do so can significantly delay resolution. If you wish to circumvent the dispute resolution procedures, you need clear and express agreement in writing. Partner, Simon Morris and Law Graduate, Brendan May look at a recent case where these issues arose.

Two recent decisions of Justice Hammerschlag in the New South Wales Supreme Court in John Holland Pty Limited v Kellogg Brown & Root Pty Ltd considered the application of the Commercial Arbitration Act 2010 (NSW) (the Arbitration Act). The plaintiff, John Holland Pty Limited (John Holland) was a builder of rail facilities. It had been engaged to construct the Auburn Maintenance Centre. As part of the construction, John Holland engaged Kellogg Brown & Root Pty Ltd (KBR), as the lead designer to design various elements of the Centre, including the stormwater detention facilities. Atlantis was also engaged to design, as well as manufacture, supply and certify the stormwater detention facilities.

In the case of John Holland’s contract with KBR, it was common ground that the agreement itself would fall under the Arbitration Act. What had to be decided by the Court was whether the proceeding was brought in a matter in which the particular rights or liabilities in question were the subject of the arbitration agreement. His Honour found that they were, and accordingly the Arbitration Act applied. John Holland and KBR were referred to arbitration.

Justice Hammerschlag noted that the parties could be referred to arbitration regardless of the third parties that could become involved in the proceedings in the future. The fact that the two parties had agreed to arbitrate any dispute “arising out of or relating to” the performance of the contract meant that a wide range of disputes, not limited to disputes solely between the contracting parties, would be captured by the arbitration clause.
There was a contention by John Holland that KBR had agreed in negotiations that litigation was the correct dispute resolution option. However his Honour noted the high degree of proof that such an oral contract required, and found that none existed.

Having referred the KBR dispute to arbitration, in a separate judgment, Justice Hammerschlag ruled on whether the Supreme Court proceeding against KBR should be stayed or dismissed. His Honour noted that the Arbitration Act was silent on what should occur to a proceeding after parties are referred to arbitration, and there was no judicial authority directly on point. KBR argued for a dismissal, whereas John Holland argued for a stay. His Honour agreed with John Holland that a stay of proceedings was the appropriate and just outcome. This was because: there was possible prejudice to John Holland if the proceedings were dismissed; the proceedings may have utility in the future; and the grant of a stay was not inconsistent with the Arbitration Act.

In the case involving John Holland’s contract with Atlantis, the Court also found that the dispute arose out of or in connection with the contract, and the Arbitration Act was capable of application. However, in the case of Atlantis, his Honour did not refer the dispute to arbitration because of a condition precedent requiring there first to be a negotiation of the dispute, and then referral to expert determination, prior to any arbitration. As neither of these had happened, the dispute was not referred to arbitration and the Atlantis court action was permanently stayed.

Significance of the decision

A party wanting to circumvent the dispute resolution procedures in their contract should ensure that they obtain clear and express agreement from the other party in writing. Similarly, a party must be careful in any negotiations not to waive their legal rights, by agreeing not to rely on their agreement to arbitrate. A simple way to ensure this is to clearly express in correspondence, and in the negotiation conference itself, that the negotiations are “without prejudice” to any legal rights that the party may have under the agreement.

Courts will give dispute resolution and arbitration clauses their full and natural meaning. If a dispute is captured by the Arbitration Act, as long as the agreement is not unenforceable, a court has no discretion to choose, and instead must refer the parties to arbitration if requested. 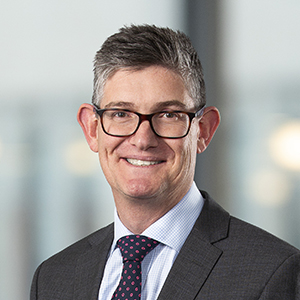