Smart Contracts: Don’t kill all the lawyers, just yet…

“The first thing we do, let’s kill all the lawyers“.1

For the last few years, Smart Contracts have been portrayed as spelling the end of the legal profession, the death of lawyers, and the commencement of a whole new age in trusted contractual relations. In 2016, the Australian Financial Review reported that commercial lawyers were closely watching the arrival of Ethereum (a blockchain-based computing platform which features smart contract functionality) given “the potential for smart contracts in the future to disintermediate their highly lucrative blockchain ‘smart contracts’ to disrupt lawyers role in drafting and exchanging paper contracts.”

The term “Smart Contracts” was first coined by scientist and cryptographer, Nick Szabo, in 1994.

Nick Szabo probably didn’t envisage that, 20 years later, the concept of smart contracts would still be causing unnecessary worry for lawyers, or for those who would like to see the end of lawyers, causing them unreasonable optimism.

Smart Contracts are best defined as:

“Computer code that, upon the occurrence of a specified condition or conditions, is capable of running automatically according to prespecified functions. The code can be stored and processed on a distributed ledger and would write any resulting change into the distributed ledger.”2

As any first year law student will know, a contract is formed by offer and acceptance involving some consideration passing. People have been forming contracts for thousands of years, most of the time without the need of lawyers. Also, most contracts are not in writing. Traditionally contracts are sealed by a handshake and based upon elements of trust between two parties who have an interest in seeing the contract performed.

While lawyers have never been necessary for the forming of a contract, lawyers are generally very skilled at teasing out between the parties important potential issues of the agreement, such as:

All of these details of a contract still have to be understood and agreed between the parties to a contract using smart contract technology, but a smart contract won’t be capable of considering and advising on these elements.

A smart contract comes in handy as a set of software commands which can check and verify that each party has done what they promised to do at a certain time including arranging for the transfer of the consideration under the agreement.

By use of blockchain technology under a smart contract, the role of the meter reader is no longer required. Automatic payment of the invoice may also be facilitated under a smart contract. Indeed by using blockchain, it may be possible for the householder to pay the electricity supplier at exactly the same time that electricity is supplied, and without seeing an invoice. This saves the electricity company the cost involved in reading the meter, sending the invoice, and waiting for the invoice to be paid. At the same time it saves the householder the inconvenience of having to receive the invoice and manually arrange for payment. However, none of this effects the terms and conditions which make up the contract for the supply of electricity to the householder.

In more complicated arrangements, two or more parties will negotiate for the exchange of goods or services in return for consideration, and lawyers are often required to assist the parties in determining and agreeing the necessary terms of that arrangement. Where the final agreement requires the parties to take action at certain stages, the use of blockchain can be very useful in eliminating the need for contract managers to check that those events have occurred, and to generally ensure that the parties are meeting their respective obligations. Traditionally this has never been the role of lawyers. The lawyer’s role ends when the terms of contract have been negotiated and agreed. Foreseeably lawyers will create contracts in a form that incorporate blockchain, and those contracts will be signed electronically. All of this will make the experience more user friendly for both the lawyers and the parties.

In the few scenarios where lawyers do assist the parties in giving effect to the terms of the agreement, smart contracts will likely replace the need for their role. For example, where a lawyer attends a property settlement conference, much like the meter reader in the provision of electricity from supplier to householder, their role may no longer be required.

What is evident, is that even with the use of smart contract technology, a lawyer’s role in identifying the potential issues in the arrangement and making sure the parties have prearranged a way of meeting those issues remains invaluable.

So too, if a party were to renege on certain terms of the agreement, the lawyer will be needed to take that party to task, and there may be some argument about whether there has in fact been a breach of the contract.

Smart contracts will undoubtedly bring about their own added complications, such as, when IT systems such as blockchain are installed within the contract to automate and exchange of consideration between the two parties. It is extremely important that the automation reflects exactly the understanding between the parties as to what is to occur. For instance, going back to the supply of electricity, the parties may agree that the electricity will be supplied at a certain rate at a certain time of the day. The blockchain must reflect that arrangement, or it may set up an automated system under which the householder is paying more or less than was agreed. There are already ample examples of organisations overcharging customers which give rise to class actions and regulatory action for non-compliance, for instance, banks charging fees for late payments. None of this has been caused by the lawyer, but often the lawyers are called in to assist in resolving the issues that can arise.

Contrary to hype, the addition of smart contracts is far from spelling the end of the role of lawyers. Smart contracts may well give rise to more work for lawyers in ensuring that the persons responsible for setting up the blockchain do so in a manner that strictly accords with the arrangement agreed between the parties.

I can foresee a day when robotic artificial intelligence will replace the role of the lawyer. But not yet! To the disappointment of some, that day is not advanced by smart contracts.

Piper Alderman has always been at the forefront of blockchain technology. We were the first Australian law firm to accept cryptocurrency for payment of invoices and through Michael Bacina’s specialist blockchain group, we act for many clients in the industry. Piper Alderman has all of the capabilities to produce smart contracts, but we all need to be aware of their limitations.

Thank you to Michael Bacina, Zoe Underwood and Liam O’Callaghan for their valuable contributions to this article. 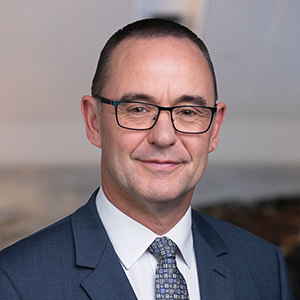