Home » Insights » Tacking: How Lenders can Protect their Future Advances

Tacking: How Lenders can Protect their Future Advances

One of the most commonly confused legal principles is the law on tacking and its application for lenders. For the modern lender, uncertainty typically arises in relation to priorities of real property security and personal property security. However, this legal concept is not as complex as it seems and if properly understood, a Second Lender is able to obtain sufficient comfort in protecting their interests from their unregistered mortgages.

Tacking is a principle whereby the order of expected priority of interests may be altered in certain circumstances.[i] It arises in a scenario in which a secured lender is able to ‘tack’ on additional advances to existing securities and take priority over other lenders. This is relevant in situations where there is more than one secured lender over the same asset. A common example of tacking is as follows:

This is known as the principle of tacking which when applied correctly can be vastly beneficial for lenders seeking to make further advances.

The Rule against Tacking

An important consideration for lenders is that the right to tack is negated by actual (not constructive) knowledge or notice of a second secured lender.[ii] This rule was reinforced by Hopkinson v Rolt (1861) which provided that a first lender does not have the right to tack an additional advance if it has actual notice of any subsequent financier’s security.[iii] This concept is justified by the importance of fairness between competing mortgagees as it is considered unmerited for an earlier lender, after notice or knowledge of a later security, to encroach on the security given to the later lender. However, the rule against tacking is not applicable to all types of security and certain precautions may be taken by lenders to protect their interest.

The introduction of the Personal Properties Security Act 2009 (Cth) (PPSA) and the repeal of Chapter 2K of the Corporations Act 2001 (Cth) has permitted the doctrine of tacking in majority of circumstances. Section 18 of the PPSA provides a means for lenders to protect their interest from the possibility of future advances and repeals the rule in Hopkinson v Rolt.[iv] Provided that the security agreement contemplates the provision of future advance, a first lender’s priority will extend to all future advances. However there are two main exceptions where the rule against tacking will apply, including:

Typically, the rule of tacking applies to real property security unless it falls under one of the above exemptions whereby the first lender was entitled to priority over subsequent lenders.

As a modern lender, it is important that all priority over security assets are protected. In doing so, it is crucial that key assets and security in loan facilities are identified and protected at the very early stages of negotiation. A Second Lender wishing to protect their interest should make proper enquiries in order to determine the ranking of priority, priority limits and if there is sufficient equity available.

However, out of an abundance of caution, legal advice should always be sought to avoid priority disputes or uncertainty between lenders.

In moving forward, lenders should be aware of the following key issues:

In order to ensure that lenders are protecting their interests and security, precautions should be taken at the drafting stage of loan agreements to agree on acceptable priority arrangements.

For further information in relation to this or assistance in protecting your security interest, please contact Greg Conomos. 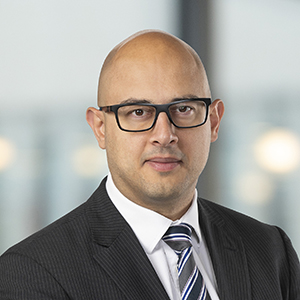