The Victorian Parliament has recently introduced a bill to establish a new governing body to oversee the cladding rectification program for residential and public buildings and to retrospectively amend the Building Act 1993 in order to extend the limitation period to bring an action against building practitioners from 10 years post occupancy permit to 12 years where that action is a ‘cladding building action’ within the meaning of the bill.

The CSV Bill establishes Cladding Safety Victoria as a separate body corporate, transferring the responsibility for overseeing the rectification program from the Victorian Building Authority (VBA) to the new entity, which was previously a business unit under the VBA.

In addition to establishing Cladding Safety Victoria, the CSV Bill will also:

Once identified, Cladding Safety Victoria will determine what residential buildings will be granted financial assistance to facilitate rectification works and enter funding agreements with the affected owner or owners corporation for those works to take place.  Buildings previously determined under the current scheme will be carried over.

If financial assistance has been provided to building owners by Cladding Safety Victoria, the Crown obtains rights of subrogation, empowering the State of Victoria to bring proceedings against the relevant building practitioners responsible for the installation of non-compliant cladding.  This will allow the recovery of the rectification costs granted in financial assistance.

To facilitate anticipated recovery proceedings by Cladding Safety Victoria and the State of Victoria, s 53 of the CSV Bill amends s 134 of the Building Act to extend the period in which a building action may be brought from 10 years to 12 years where the building action is a “cladding building action”.

The extended period relates only to “cladding building actions” that would otherwise have been time-barred in the period between 16 July 2019 to 12 months after the CSV Bill is passed (note: the CSV Bill’s default commencement date is currently 1 July 2021) and s 53 comes into force.

A cladding building action under the CSV Bill means, “a building action in connection with, or otherwise related to, a product or material that is, or could be, a non-compliant or non-conforming external wall cladding product.”  It is not limited in any way to flammable or combustible cladding claims.

In the midst of a stage 4 lockdown and in circumstances where COVID is making it increasing difficult for the construction industry to be paid whilst at the same time the industry is absorbing significant additional risks and costs for projects, the Victorian Government has sought to introduce legislation to retrospectively extend limitation periods.  Obviously safety is important and the extension only pertains to “cladding building actions”.  However, the issues associated with cladding have been known for at least six years, which in normal circumstances would be the limitation period.  It is accordingly difficult to see any justification for legislation that retroactively denies basic protections that would normally be available to the construction industry simply to bestow on the Government subrogation rights that otherwise had already expired.

The CSV Bill is in the final stages of review, with the second reading speech having been moved in the Legislative Assembly 4 September 2020, and is expected back before Parliament soon.

If passed, the CSV Bill will establish Cladding Safety Victoria as a separate body corporate, responsible for overseeing the cladding rectification program. 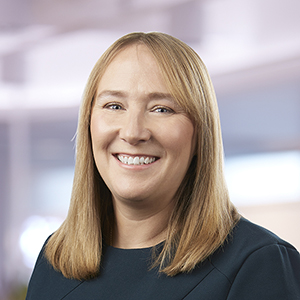