We discuss the recent decision in Australian Securities and Investments Commission (ASIC) v Mariner Corp, focussing on the Court’s interpretation of 631(2)(b) of Corporations Act 2001 (Cth) and how this may impact other potential bidders and/ or target entities when considering a proposed bid and the bidder’s funding arrangements.

The decision provides helpful guidance on when a bidder may be considered to be reckless or to have engaged in misleading or deceptive conduct when announcing a proposed takeover bid and follows proceedings brought by ASIC in the Federal Court alleging that Mariner Corporation Limited (Mariner) breached section 631(2)(b) of the Corporation Act by announcing its intention to make an off-market takeover bid for all of the shares Austock Group Limited (Austock) in June 2012 (the Austock Bid) in circumstances where it did not have binding commitments in place to fund the bid at the time of the announcement.

A summary of the facts relevant to the ASIC proceedings are as follows:

In 2014 (some two years after the Panel proceedings and the withdrawal of the Austock Bid) ASIC commenced proceedings against Mariner and its directors alleging that:

In essence, ASIC’s allegations for contraventions of sections 1041H and 180(1) of the Act relied on the asserted breach of section 631(2)(b) of the Act, which ASIC claimed was an objective test which required that ASIC only prove that Mariner:

ASIC also submitted that, in the alternative, if a subjective test applied, that test only required an assessment of whether there was “any basis for a reasonable belief that Mariner would be able to fund a substantial proportion of offers if accepted”.

Although the Court dismissed ASIC’s submission that an objective test should apply (as-well as ASIC’s formulation of the appropriate subjective test), the Court’s decision can be said to have been ultimately based on the particular circumstances surrounding the Austock Bid.

Notwithstanding this, his Honour, Justice Beach, made a number of observations that may provide helpful guidance to other potential bidders when considering whether they may be considered “reckless as to whether they will be able to perform their obligations …. if a substantial proportion of the offers…are accepted.” when announcing an intended takeover bid, including:

His Honour considered that it was the number of shares that a bidder may be required to acquire that was relevant. Further, while not providing a bright line test, his Honour also found that a “substantial proportion” should not mean less than 50% of the shares that are anticipated to be the subject of the offers dispatched with the bidder’s statement. This is helpful when one considers that the other provisions of Chapter 6 regarding ‘substantial’ shareholdings contemplate shareholders that are significantly below 50%.

Mariner did not have the financial resources necessary to fulfil all of its obligations at the time of the 25 June Announcement. However, ASIC’s case was also premised on the fact that Mariner did not have any commitments or assurances from any third party that they would finance or arrange the finance for the Austock Bid.

In this context, his Honour confirmed that when assessing Mariner’s ability to fulfil its obligations, Mariner’s Directors were required to consider Mariner’s expected ability to fund the bid at the time after  the relevant offers had been dispatched to shareholders and the bid had become unconditional (i.e. approximately four months after the date of the 25 June Announcement). In this context, in referring to the earlier Panel decision, his Honour expressly noted that, at the time of the 25 June Announcement, there was no obligation for Mariner to have “arrange[d] finance” or have “detailed or binding commitments to fund its proposed bid” in place, nor was it required to have a “reasonable basis for believing that it could pay for more than a few acceptances”.

The Court undertook extensive consideration of the correct interpretation of the term ‘reckless’ when used in section 631(2) of the Act and whether a subjective or objective test should be applied and, in each case, what the content of that test should be.

After considering the surrounding circumstances, including the text, intention and the consequences of a breach of section 631(2) of the Act, his Honour determined that the Criminal Code test for “reckless” should be applied (albeit only proved to a civil standard), being as follows:

(1) A person is reckless with respect to a circumstance if:

(a) he or she is aware of a substantial risk that the circumstance exists or will exist; and

(b) having regard to the circumstances known to him or her, it is unjustifiable to take the risk.

(2) A person is reckless with respect to a result if:

(a) he or she is aware of a substantial risk that the result will occur; and

(b) having regard to the circumstances known to him or her, it is unjustifiable to take the risk.

(3) The question whether taking a risk is unjustifiable is one of fact.

His Honour also noted that if, instead, a ‘common law’ subjective test applied (rather than the Criminal Code test) then, in a criminal or quasi-criminal context, this would require that a particular result be subjectively understood by the defendants and, being aware of that risk, there was a conscious disregard or indifference to that risk.

Ultimately, the Court found that Mariner was not reckless as to whether it would be able to fund the Austock Bid when it made the 25 June Announcement. In reaching that decision, his Honour considered the Directors’ expectation of there being a low level of acceptances to be a significant factor when they assessed the level of risk involved in announcing the Austock Bid and, therefore, whether the Directors were reckless as to whether Mariner would be able to fulfil its obligations.

In reaching its decision, the Court was influenced by a number of the specific factors faced by Mariner at the time of the 25 June Announcement, including:

In addition to the claim for a contravention of section 631(2) of the Act, ASIC also alleged that Mariner had also engaged in misleading or deceptive conduct by making the 25 June Announcement, on the basis that the announcement represented that Mariner “…had reasonable grounds to believe that it would be able to pay a consideration of 10.5 cents per share for all of the fully paid ordinary shares in Austock as and when required to do so as a result of acceptances of the proposed offer..” (the Funding Representation).

Section 1041H(1) of the Act provides that a person must not engage in conduct in relation to a financial product or a financial service that is misleading or deceptive or is likely to mislead or deceive.

While the Court was critical that this claim was somewhat artificial and appeared to be designed to provide a catchall if ASIC was not successful in its claim for breach of s 631(2)(b), it ultimately found that the 25 June Announcement did not convey a representation that

“reasonable or ordinary members of the intended audience would read and understand as a representation that Mariner had reasonable grounds to believe that it would be able to pay a consideration of 10.5 cents per share for all of the shares in Austock. “

Beyond clarifying the technical operation of section 631(2) of the Act, the decision also provides helpful practical guidance for potential bidders when considering their obligations under these funding provisions including:

However, in this context it is important to note that the Panel’s decision was primarily focussed on whether the Austock Bid had given rise to ‘unacceptable circumstances’ and not solely whether there had been a breach of section 631(2) of the Act. Therefore, it is important not to forget the Panel’s broad scope in declaring that ‘unacceptable circumstances’ exist. In this context, it is noted the Panel has not indicated whether it intends to update its Guidance Note 14 nor has ASIC in respect of its Regulatory Guide 9, dealing with their own respective interpretations of section 631(2) of the Act in light of the Court’s decision.

Accordingly, until ASIC and/ or the Panel provides additional updated guidance, potential bidders are cautioned against treating the decision as unduly limiting the circumstances in which ASIC and/ or the Panel may assert that a bidder’s funding arrangements have given rise to unacceptable circumstances. This is particularly important when one considers that Mariner was the subject of an adverse costs order, in part, because the Panel considered that the bid could not have been made because “no finance had been arranged…”. 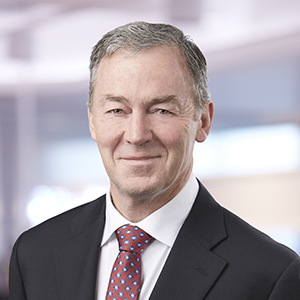 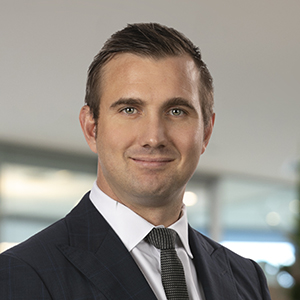