What happens when confidential communications between a client and their lawyer are leaked and end up in the hands of a third party?

On 14 August 2019, the High Court of Australia in Glencore International AG & Ors v Commissioner of Taxation of the Commonwealth of Australia & Ors [2019] HCA 26 ruled that legal professional privilege can not be used as a ‘sword’ to restrain leaked documents from being used by potential claimants, in this case, the ATO.

Ordinarily, courts have the power to restrain parties from compelling others to produce privileged documents. However, in Glencore, the subject documents had been leaked and disseminated to journalists and were in the public domain. Glencore sought to have their documents returned and for the Australian Taxation Office to provide an undertaking that those documents would not be referred to or relied upon in potential investigations or enforcement proceedings.

The High Court ruled that the foundation of Glencore’s case was incorrect in that it incorrectly presumed, contrary to established common law principles, that legal professional privilege is a right that can be enforced. They ruled that legal professional privilege is only an immunity from the exercise of powers which would otherwise compel the disclosure of privileged communications.

This case is a salutary reminder as to the rights a person has when documents that would ordinarily attract legal professional privilege end up in the public domain.  What remains to be seen is whether parties will seek to deploy this decision against the usual practice of calling for the return and/or deletion of privileged material inadvertently disclosed to an opposing party during the course of litigation.

As a cornerstone of the Australian legal system, legal professional privilege exists to protect advice given by a lawyer to their client and communications relating to actual or contemplated litigation or court proceedings.  Any detrimental affect to a party’s usual ability to cure inadvertent disclosure of privileged materials as a result of this decision is liable to impugn the fundamental purpose of legal professional privilege, i.e. to promote frank disclosure of all material information that a lawyer may require to assist their client without a fear that such material could be exposed to other parties, the general public, or law enforcement. 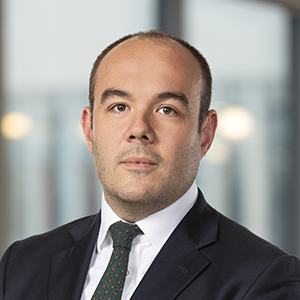