The ACCC has previously stated that speed and performance claims regarding retail fixed-line broadband plans are one of its Compliance and Enforcement Priorities for 2017.

The ACCC has previously stated that speed and performance claims regarding retail fixed-line broadband plans are one of its Compliance and Enforcement Priorities for 2017. It has now taken another step in this direction.

In response to a high volume of consumer complaints about ‘slow data speeds’ and regulatory uncertainty, on 21 August 2017, the Australian Competition and Consumer Commission (ACCC) published Industry Guidance (Guidance) for Retail Service Providers (RSPs) on advertising speeds for fixed-line broadband services.  The Guidance follows extensive consultation with telecommunications network operators, RSPs and consumer representatives, and builds on the six principles for best-practice marketing (presales and after-sales) it published in February 2017.

Andrew Barling, senior associate and Oliva Dalton, law graduate, discuss the Guidance and its implications for RSPs and consumers.

Typical “busy period” broadband internet speeds should now be included in all plan descriptions and when marketing broadband plans (whether supplied over the National Broadband Network (NBN) or similar fixed-line broadband access networks). For residential plans, “busy period” means between 7pm and 11pm each day. This raises a number of potential compliance implications and challenges for RSPs, which we touch on below.

RSPs should now avoid using ‘up to’ internet speed claims in advertising. Undefined speed related descriptors should be avoided unless clear information is also present that moderates the consumer’s interpretation of these terms, such as typical busy period internet speeds. (Examples of imprecise terms discussed unfavourably in the Guidance include “quick”, “fast” and “boost”, and advertising using images of athletes or fast animals.) References to the speed of the underlying wholesale network (e.g. NBN), or theoretical speeds taken from technical specifications, should also now be avoided unless similarly qualified.

The Guidance outlines a method for measuring and verifying busy period speeds, including around frequency of testing and extent of sampling. However, it remains to be seen whether this will be commercially practical, particularly for smaller RSPs who may struggle to resource any associated system changes or testing activities, and whether it will be truly immune from upstream factors or end user issues that are beyond the RSP’s control.

The Guidance recommends RSPs provide prompt and effective remedies to consumers who cannot actually obtain the advertised speeds of their broadband plan due to their particular network connection, including taking steps to deliver the speeds that were promised, providing refunds to consumers, migrating consumers to a more appropriate plan or giving consumers the option to exit their contract without penalty. Although the ACCC does not mandate these remedies, it considers these to be consistent with a supplier’s obligations under the Australian Consumer Law where a consumer has been misled into purchasing particular goods or services or where a service is not fit for purpose or not provided with due care and skill or within a reasonable time.

Although the Guidance is stated to be voluntary and best practice, under the Telecommunications Consumer Protections Code (TCP Code) suppliers must effectively have regard to it when advertising or promoting to “Consumers” (under the TCP Code) broadband speeds or data transfer rates on their networks. (This is because the Guidance updates a previous ACCC Information Paper on “HFC and Optical Fibre Broadband “Speed” Claims and the Competition and Consumer Act 2010” which is itself referenced in the TCP Code in this context.)

The ACCC recommends immediate implementation of the Guidance recommendations except for those which are dependent upon the network, in which case, the ACCC recognises that testing may require “up to 3 months” to implement. This is an aggressive timetable, particularly for smaller RSPs who may lack the resources and systems of their larger competitors.

The potential impacts of the Guidance for an RSP’s operations include, but are not limited to:

If you would like to know more about the ACCC Guidance or any of the issues raised in this article, please contact Tim Clark or Andrew Barling. 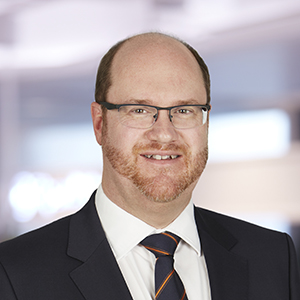