Whistle-blower protection laws applying to internal (and some external) disclosures are on the cards. The amendments will bring a new and aggressive protection regime into the Corporations Act 2001, replacing the relatively limited scheme that currently exists.

Unlike the current scheme, which has not had a significant impact, the new scheme will significantly alter the landscape in favour of claimants arguing that they have been victimised or exposed as a result of having made a legitimate disclosure of misconduct or breaches of the law.  The amendments are contained in a bill currently before the Australian parliament and expected to be passed with bipartisan support, the Treasury Laws Amendment (Enhancing Whistleblower Protections) Bill 2017.

The amendments broaden the scope of disclosures that attract protection under the scheme, and make identification or other adverse conduct towards a whistle-blower unlawful.  They significantly enhance the capacity to make claims for compensation for alleged victimisation, and make such claims ‘plaintiff friendly’ by reversing the ordinary onus of proof about what reasons prompted the adverse conduct, and allowing successful claimants to be awarded legal costs (while denying respondents the usual capacity to obtain costs against an unsuccessful claimant).

Whistle-blower claims under the Corporations Act will have much in common with protections which exist under work health and safety legislation and ‘general protections’ provisions in Part 3-1 of Fair Work Act 2009 (Cth), each of which protect employees who make certain employment-related complaints.

Private-sector contractors may also be covered by already-existing anti-corruption schemes that apply to public-sector workers and to contractors in respect of government services they provide.

Other key features of the proposed new legislation are:

With the Banking Royal Commission drawing to a close and the obvious political value of enhanced whistleblower protections in response to the findings of that Royal Commission, one can anticipate that the laws are likely to pass parliament and commence operation prior to 2019 (Note: the delated operation of the scheme has meant it commenced 1 July 2019, with an obligation to have a policy in place for most public and large proprietary companies from 1 January 2020).

In light of the way these laws operate, companies should now consider: 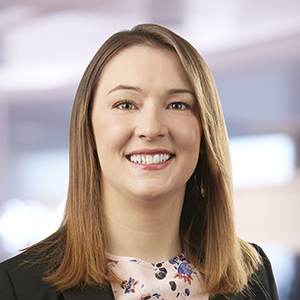