Prior to 1 July 2020, the coverage clause in the Miscellaneous Award relevantly included the following exclusions:

“4.2 The award does not cover those classes of employees who, because of the nature or seniority of their role, have not traditionally been covered by awards including managerial employees and professional employees such as accountants and finance, marketing, legal, human resources, public relations and information technology specialists.”

“4.3 The award does not cover employees:

(a)   In an industry covered by a modern award who are not within a classification in that modern award; or

(b)   In a class exempted by a modern award from its operation,

or employers in relation to those employees.”

4.4 The award does not cover employees excluded from award coverage by the [FW] Act.

In United Voice v Gold Coast Kennels Discretionary Trust t/a AAA Pet Resort [2018] FWCFB 128 (Gold Coast Kennels), an application had been made for approval of the AAA Pet Resort Enterprise Agreement 2017 (Kennels Agreement). The Kennels Agreement included coverage for employees engaged in a pet boarding and grooming business in Queensland. The application was heard by Commission Wilson at first instance. There was a dispute as to whether there was an award covering those workers for the purposes of conducting the Better Off Overall Test (BOOT). Commissioner Wilson found that the workers were performing work falling within the exclusion in clause 4.2. Accordingly, the Kennels Agreement was approved without being subjected to a BOOT analysis in comparison to the Miscellaneous Award.

United Voice appealed against the decision of Commissioner Wilson, arguing the Commissioner erred when he found that the relevant employees were not covered by the Miscellaneous Award. United Voice argued that the work performed by the Pet Resort workers was “similar in nature to work which has historically been regulated by [multiple specific pre-modern awards]”.

Upon appeal, the FWC Full Bench accepted that the work performed by the relevant workers was similar to work previously covered by at least five pre-modern awards outside Queensland. Within Queensland, the Veterinary Practice Employees’ Award – State had applied to similar work performed in veterinary practices.

The Full Bench’s conclusion was inconsistent with written advice previously provided by the Fair Work Ombudsman (FWO) in 2010. Furthermore, the decision appeared to be broadly inconsistent with the view held by the “entire pet boarding and grooming industry in Queensland”. Consequently, the FWC President, Ross J, referred the coverage clause in the Miscellaneous Award for review by a Full Bench.

Hatcher VP, Ashbury DP, and Lee C, formed the Full Bench for the purpose of reviewing the coverage clause in the Miscellaneous Award. The Full Bench’s decision of 12 February 2020 comprehensively reviewed the coverage clause, and set out amendments to be made to the exclusions set out in clauses 4.2 and 4.3.[1]

Review of clause 4.2 – exclusion for employees traditionally viewed as award-free

As noted above, the exclusion in clause 4.2 of the Miscellaneous Award deals with work which, due to its nature or seniority, has traditionally been viewed as award-free. The Full Bench noted that the Fair Work Act 2009 (Cth) (FW Act), at section 143(7), similarly states:

“(7)       A modern award must not be expressed to cover classes of employees:

(a)        who, because of the nature or seniority of their role, have traditionally not been covered by awards (whether made under laws of the Commonwealth or the States); or

(b)        who perform work that is not of a similar nature to work that has traditionally been regulated by such awards.”

The Full Bench observed that clause 4.2 had created confusion in an entire industry in Queensland. That confusion had led a large number of employers in the Queensland, as well as the FWO in its 2010 advice, to consider that animal attendants or dog groomers employed in boarding kennels in Queensland were award-free due to clause 4.2.

Based on the above issues, the Full Bench decided to remove the express reference to “employees who, because of the nature or seniority of their role, have not traditionally been covered by awards”. However, the Full Bench determined that it would be helpful to retain the list of examples previously set out in clause 4.2. From 1 July 2020, clause 4.2 in the Miscellaneous Award states:

“4.2 The award does not cover managerial employees and professional employees such as accountants and finance, marketing, legal, human resources, public relations and information technology specialists.”

Review of clause 4.3 – employees excluded or omitted from other awards

Prior to 1 July 2020, clause 4.3 excluded the following groups of employees from coverage by the Miscellaneous Award:

Workers falling into both of those categories were performing work that could have been award-covered if they worked in an industry covered by a different industry award. For example, cleaners performed work covered by numerous modern awards in different contexts. However, it was possible for an employer to directly engage a cleaner, and for that employer to be in an industry without an industry award providing coverage for cleaners. Clause 4.3 would exclude that employee from the Miscellaneous Award. The employee would be award-free, despite performing work that would be award-covered if the employer were in a different industry.

The Full Bench considered that clause 4.3 excluded employees from the Miscellaneous Award, even when they fall into the following circumstances:

Based on the above, the Full Bench concluded that clause 4.3 would be deleted from 1 July 2020. This means that workers will not be excluded from coverage by the Miscellaneous Award merely because they are not covered by an industry award that applies to their industry.

The FWC’s decision to amend the coverage clause in the Miscellaneous Award means that employers should: 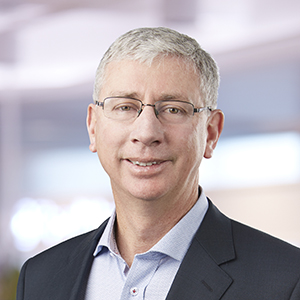