The decision, if followed, would be a significant expansion of the law as it relates to employers regulating out of work conduct.

On 4 July 2017, Mr Colwell was on a rostered week off, went to the pub for a few hours and drank six schooners of beer. Afterwards Mr Colwell went home and continued drinking. Later that night Mr Colwell received a message from a friend on Messenger which included a sexually explicit video. Mr Colwell then sent that video individually and privately to 20 of his Facebook friends which included 19 employees of the company (at least 3 of whom were female employees) and a union official.

Following the post Mr Colwell realised that many of his friends liked the post, but “there were a few who didn’t”.

The next day, Mr Colwell posted an apology on Facebook.

None of the employees that had received the video complained to the company about it.

The company’s General Manager – Human Resources and Industrial Relations (the Manager) became aware of the video on or about 19 July 2017 after discussions with some employees. The Manager immediately wrote to the three female employees who had received the video, and asked them to provide further information in relation to the incident.

Only one of the three employees admitted to receiving the video, and responded by saying: “I was one of the females that received an inappropriate msg from Luke. I replied to him saying it’s inappropriate and if he could leave me out of those type of msgs. I left it at that wasn’t aware the company and union were acting on this.”

Taking into account Mr Colwell’s response, the company terminated Mr Colwell’s employment for serious misconduct even though there had been no complaint received by the company in relation to Mr Colwell’s conduct, and the conduct occurred outside of the physical workplace, and not while Mr Colwell was working.

The company had taken steps in recent years to encourage women to participate in the stevedoring industry, which had resulted in a significant increase in the number of female employees being employed by the company. The evidence before the Commission was that in 2014 the company had employed about four women in stevedoring roles, but at the date of Mr Colwell’s dismissal, there were approximately 32 female employees out of a workforce of just under 200.

Mr Colwell subsequently made a claim for unfair dismissal.

Mr Colwell argued that his conduct was not work related, and in any case, no-one had made a complaint against him in relation to his conduct. However, Commissioner McKenna did not accept this argument and preferred the evidence provided by the Manager, that: “We don’t need a formal complaint to look into issues of harassment in the workplace. That’s part of our obligations as an employer in creating an environment free from harassment.”

Commissioner McKenna also noted that there may be complex reasons why an employee does not wish to raise a complaint, and that non-reporting of harassment or sexual harassment is a not uncommon workplace phenomenon.

Mr Colwell argued, and Commissioner McKenna accepted, that a real contestable issue in the proceedings was that the conduct occurred outside of work, and did not involve work related activities. Further, whilst the conduct involved employees of the company, they had self selected to be Facebook friends with Mr Colwell. It was therefore submitted that the video was no proper business of the employer.

Commissioner McKenna found that the employees who received the video would not have been Facebook friends with Mr Colwell other than through the employment relationship. In addition, Commissioner McKenna went on to determine, this created the relevant nexus between the workplace and what would otherwise be out of work conduct. A determination that probably expands the law from pre-existing decisions.

…there was nothing to indicate that there was anything other the cornerstone of the employment relationship which led to the applicant having 20 work colleagues as his Facebook friends and sending the video to 19 of them by Messenger. Employment by the respondent of the applicant and the 19 employees is the relevant nexus here, it appears, and their being Facebook friends stemmed only from the employment.

Further, even though the company did not have a separate social media policy, Commissioner McKenna found that the company’s policies could cover conduct outside of the workplace.

Commissioner McKenna ultimately found that the company had a valid reason for the termination, and the dismissal was not harsh, unjust or unreasonable in all of the circumstances.

It is noted however, that Commissioner McKenna was of the view that had Mr Colwell admitted to the allegations early, and informed the company of his subsequent apology, it may have resulted in a different outcome.

Implications of the decision

In relation to out of work conduct, this decision is a significant expansion of the previous case law in this area. The starting point in this area has always been that conduct that occurs outside of the workplace will not ordinarily be considered a valid reason for termination of employment. In order for the conduct to be capable of regulation by an employer, there would need to be a sufficient connection between the conduct and the employment.

In the seminal decision of Rose v Telstra [1998] AIRC 1592 (Rose) an employee was found to be unfairly dismissed after fighting with another employee outside of work hours and in a private hotel room. The employees were not on call at the time, nor were they wearing a uniform. Despite the employees being at the location due to work, it was found that such conduct lacked the required connection with the employment

Adopting Commissioner McKenna’s approach, the very fact that in Rose the persons involved in the fight were co-workers would have been enough to create the relevant connection with the employment.

That said, we do note that the cases since Rose have been evolving in this direction particularly where the out of work conduct involves the use of social media. Noting that social media is accessible at all times (and therefore can potentially be accessed during work hours).

It would be important to note in this case that the evidence provided by the Manager was very well articulated and convincing. In particular, the Manager gave evidence in relation to the obligation to act on matters of sexual harassment, noting that the company had been trying to encourage more women into its workforce. Further there was evidence that sending the video did have an impact on the workplace as a number of employees had complained to the union, and there were discussions in the workplace which came to the attention of the Manager.

Further, it was noted in the decision that Mr Colwell was not upfront and co-operative in relation to the investigation into his conduct. Had he been honest and co-operative, it is possible that the Commission may have formed the view that a form of disciplinary action less than dismissal may have been more appropriate.

Accordingly, employers should still exercise caution when dismissing employees for conduct that occurs outside of work. It is likely the law in this area will develop on a case by case basis, and will turn on the individual facts and circumstances. We have seen a number of arguably inconsistent decisions in this area. It is possible that a different Commission member may have made a contrary decision.

Where employers wish to regulate an employee’s conduct on social media, employers should put in place a detailed social media policy that covers the expected behaviours and informs employees of the possible outcomes if the policy is breached. 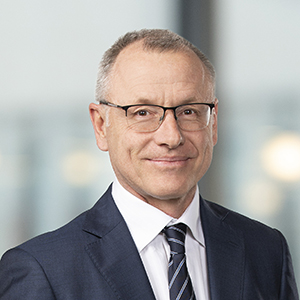 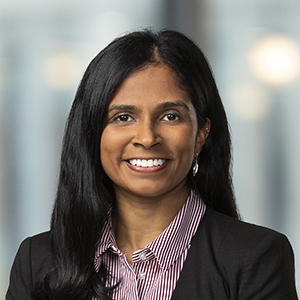