Home » Insights » Safe harbours for startups and other directors

Safe harbours for startups and other directors

On 7 December 2015, the Federal Government released the National Innovation and Science Agenda, delivering a range of new initiatives. Among the key focus areas

The Government is actively pursuing insolvency law reform. On the morning of the National Innovation and Science Agenda announcement, the Productivity Commission released its Inquiry Report, Business Set-up, Transfer and Closure. Just days earlier (3 December) the Government had introduced into Parliament the Insolvency Law Reform Bill 2015. This Bill adopted many of the recommendations proposed in the November 2014 Financial Systems Inquiry Report. However, whereas these earlier reports and the Insolvency Law Reform Bill 2015 offer important procedural measures; the first promises of substantive reforms were within the National Innovation and Science Agenda. These provide:

Australia boasts one of the strictest insolvent trading regimes of any nation. Section 588G of the Corporations Act 2001 (Cth) imposes potential personal liability on directors for debts incurred by their company whilst it is insolvent. It provides a statutory basis for an action by a liquidator of an insolvent company to hold a director liable for the debts incurred by the company whilst it was insolvent. Because the attendant duty to prevent insolvent trading attracts the statute’s civil penalty provisions, contrary directorial behaviour can also be policed by ASIC.

However, Australia’s use of corporate restructure processes such as voluntary administration compares poorly to Canada and the United States. Almost 60% of companies entering voluntary administration are deregistered within three years, and there are few incentives to restructure. Further, these issues disproportionately affect small companies. Relevantly, as the Productivity Commission notes, around 80% of insolvencies relate to small companies.

The US Chapter 11 regime

Whereas directors of an insolvent company in Australia may elect to appoint an independent voluntary administrator, US Companies have the option to become ‘debtors in possession’. Under this scheme, the directors retain control of the company, however owe duties to creditors, and are supervised and scrutinised by the Bankruptcy Court. In this circumstance, the directors may then proceed to reorganise the company debt. Once this reorganisation is approved by either the Court or the creditors, the company may resume normal trading.

Following a detailed analysis and consideration of this US regime, the Productivity Commission labelled this process variously as ‘unnecessary’, ‘unjustified’, and ‘unsupported’ in Australia.

The safe harbour defence thus provides that directors cannot be held liable for insolvent trading under the Corporations Act 2001 (Cth). This has two primary impacts. The first is that instead of entering voluntary administration, and thereby relinquishing control of the company, directors of believed to be ‘solvent but struggling companies’ may instead formally restructure their company’s interests without risking personal liability for insolvent trading. The second is that to access the defence, directors must appoint a ‘registered restructuring advisor’ with at least five years of experience. These privately appointed advisors will be required to guarantee that a restructure is possible, or terminate the safe harbour period. In this regard, independent advisors will be able to be presented with the company’s books, records, and certification of solvency. Notably however, this appointment need not be publicly announced.

The safe harbour defence sits between solvency and voluntary administration and, significantly, offers a process by which directors can address financial issues before it is too late, whilst at the same time retaining confidentiality over the company’s affairs. A major attraction is the means of reducing the stigma and costs associated with responding to financial difficulties, which should see more companies staying afloat. Indeed, the Productivity Commission suggests the insolvency regime functions most effectively when commenced as early as possible, at times that can also be expected to enjoy greater optimism from directors wanting to turn around the prospects of a faltering company.

This safe harbour defence is part of a package of insolvency reforms. The defence is intended to provide company directors with scope to manage the company’s affairs without the need for a formal insolvency process, time to explore an informal restructure, and encouragement to seek professional restructuring advice sooner than later. This is likely to be particularly valuable for startup companies, where investors are reluctant to take directorships due to concerns over inadvertent breaches of insolvent trading laws. 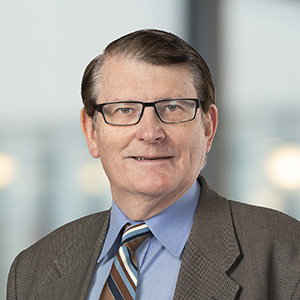