Home » Insights » Swimming in regulatory uncertainty: DeFi and the “no loss” lottery PoolTogether

Swimming in regulatory uncertainty: DeFi and the “no loss” lottery PoolTogether

Michael Bacina and Tom Skevington consider a case study involving the US company PoolTogether, which has built a no-loss lottery relying on smart contracts, Compound Finance and the Dai stablecoin. We explore what regulations might apply to PoolTogether in Australia, and consider how existing regulation is suited to adapt to decentralised finance (DeFi) disruption generally.

Most DeFi applications to date are simple representations of existing financial instruments or systems built using smart contracts on the Ethereum or a comparable blockchain (if you are new to blockchain or smart contracts you might want to read this for some background briefing). However, in contrast to historical financial services, most DeFi applications are inherently permissionless, and currently operate in a grey (or outright black) market.

Individuals or entities looking to establish a disruptive new DeFi application often find that they do not fit (either neatly or at all) within existing regulatory frameworks.

PoolTogether describes itself as a “no-loss, audited savings game powered by blockchain technology”. Functionally, it operates as a lottery in which:

Speaking about PoolTogether on Laura Shin’s Unconfirmed Podcast on 17 January 2020, CEO Leighton Cusack said that “there’s about $250,000 that has been deposited by about 1,500 unique Ethereum addresses, for the current pool.” Since then, at the time of writing the pool has expanded to the below, as shown on PoolTogether’s website: 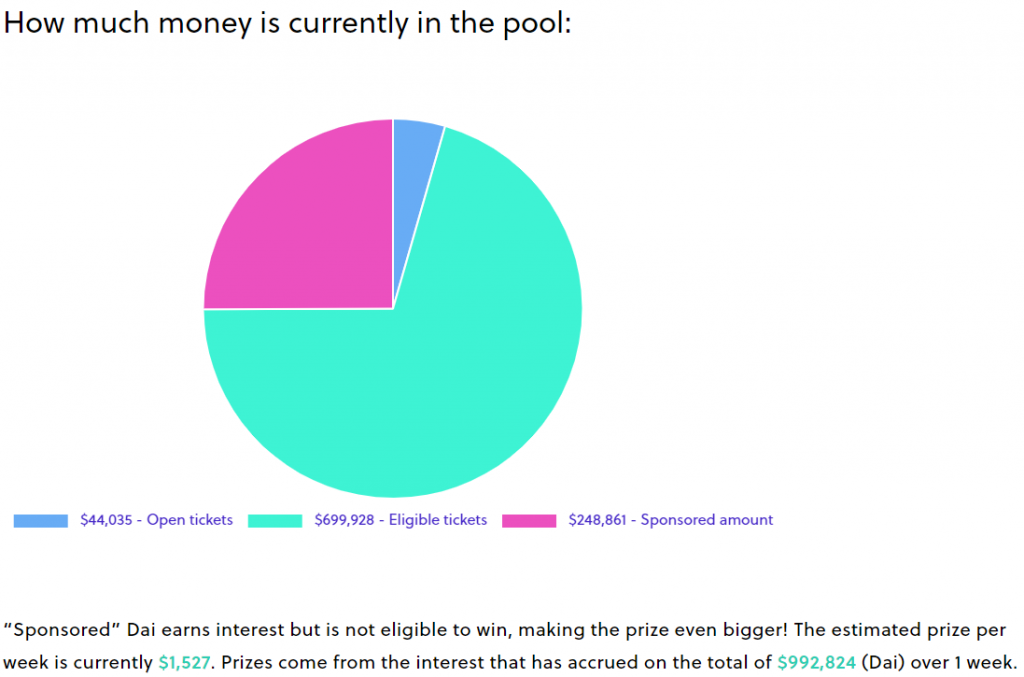 As noted above, there are “sponsored amounts” of Dai in each pool, which is not eligible to win, giving an expected return for each pool of more than the current interest rate which is available on Compound.

In Australia, PoolTogether would need to consider a lengthy list of legislation which might apply to the offer, including (in no particular order):

PoolTogether could be providing a financial product or service under the Corporations Act 2001 (Cth), in particular a managed investment scheme (MIS).

An MIS must meet the following criteria:

An MIS in Australia is broadly similar to a collective investment scheme in Singapore or the United Kingdom and can bear some resemblance to the Howey test in the USA, but it is worth noting that the definition of a managed investment scheme under Australian law is very broad and reported cases (not relating to cryptographic tokens) have indicated that Courts are to take an expansive approach to determining whether an arrangement or scheme is an MIS.

It could be argued both ways whether an automated smart contract constitutes an MIS given no one is strictly managing the operation of the pools each week, but the author of the smart contract would be the obvious party on-risk.

In Australia, any online competition or “trade promotion lottery” (broadly defined as a game of chance) is likely to require State and Territory based permits to run. Each jurisdictions has different requirements for the terms which can be imposed on participants in a game of chance, limitations apply to fees and prizes, and there are requirements for notification of winners.

On that basis, PoolTogether could need to deal with:

Further, “gambling services” are regulated at the federal level under the Interactive Gambling Act 2001 (Cth), and are defined broadly enough that PoolTogether would have to consider their national implications as well.

While there is definitely a policy argument that none of the existing financial services regulation or gambling regulations have been amended to accommodate blockchain smart contract powered offerings, and many would say a “no loss” lottery has an absence of many of the risks which traditional lotteries operate under (specifically the risk of fraud) there are still other risks which regulators will be interested in (malfunction or hacking of a smart contract for one).

The issue of DeFi will not be resolved quickly. The total value locked in DeFi, measured by the USD value locked in smart contracts is sitting at an all time high at the time of writing, and has increased rapidly in the last 12 months. 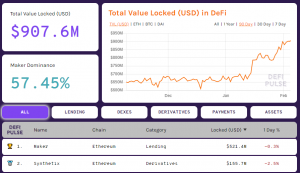 As DeFi’s increasingly drifts from the fringe into part of the “conventional” economy (there are over 3,300 Dapps listed on StateoftheDapps as at the time of writing), and Dapps start to be applied behind traditional businesses contracts, regulators will need to urgently consider updated guidance and legislative amendments to render Australia’s framework as fit for purpose, lest DeFi become de facto illegal in Australia, and we miss out on the innovation that the sector is bringing.

Smart contracts in Australia: just how clever are they?