Home » Insights » The DL on BNPL: ASIC’s update on the Buy-Now-Pay-Later industry

The DL on BNPL: ASIC’s update on the Buy-Now-Pay-Later industry

On 16 November 2020, ASIC released their much-anticipated updated report on the booming buy-now-pay-later industry through Report 672 ‘Buy-Now-Pay-Later An Industry Update’ (REP 672). The buy-now-pay-later (BNPL) industry has been growing exponentially over the past few years with more and more consumers turning to this method of payment as an alternative to traditional forms of credit, such as credit cards.

There has been much controversy concerning BNPL, with many questioning whether it falls within the definition of ‘credit’ or whether it can be merely considered as ‘electronic layby’ for the modern world. While on one hand the views of Senator Andrew Bragg and the findings from the Interim Report evidence a support for a self-regulatory framework, others such as Matt Comyn, CEO of Commonwealth Bank Australia was quoted as saying “when you open a buy now, pay later account and it said you are approved for $1000 that sounds like credit to me…We believe that regulation is inevitable but not imminent”.[1] This echoes the wide-held sentiment that BNPL should be treated as credit and accordingly, comply by the prescriptive credit laws.

Growth and evolution of BNPL

The total revenue of the 6 BNPL providers increased by 50% from $266 million in the 2017/2018 financial year to $398 million in the 2018/2019 financial year. Interest is not charged in standard BNPL arrangements. Instead revenue is generated through merchant fees, missed payment fees, establishment fees and account-keeping fees. However, the revenue sources differ between the 6 BNPL providers, as these depend on the business models of each provider.

ASIC’s report found that over the same period as the BNPL industry continued to grow, the total value of personal credit card transactions plateaued, seeing a shift away from ‘traditional’ credit offerings. There is a converse trend between the growth in the value of BNPL arrangements versus the growth in the value of personal credit cards. The BNPL market’s strong growth could suggest a shift towards consumers using BNPL arrangements instead of more traditional forms of credit, such as credit cards.

Impact of BNPL arrangements on consumers

ASIC found that most BNPL providers charged consumers ‘missed payments fees’ whenever they missed a payment. REP 627 noted that roughly 21% of BNPL consumers surveyed had missed a payment in the past 12 months. Of those consumers who admitted to missing a payment, some interesting points ASIC discovered were:

Not surprisingly, the growth in these fees meant that between June 2016 to June 2019, ‘missed payment fees’ made up:

In a survey ASIC conducted, the regulatory body found:

ASIC also took an alternate view when considering the impact of BNPL arrangements on consumers by looking at the credit card accounts of BNPL users from 4 major financial institutions. ASIC found that BNPL credit card users were more likely to incur interest charges on their credit card and have higher credit limit use.

All BNPL providers who participated in ASIC’s review charged varying fees to their partnered merchants. REP 627 found that BNPL providers generally contractually prohibit merchants from increasing the cost of goods and services to consumers who use BNPL arrangements.

It is unlikely that surcharging occurs across the whole BNPL industry, as surcharging is not possible where the pricing of goods and services are transparent and standardised.

To prevent surcharging, ASIC and ACCC have written to over 5,000 merchant partners of BNPL providers (in industries which ASIC believed were more likely to engage in surcharging) warning them that it is illegal to mislead or deceive consumers about the costs of goods and services.

As part of its periodic review of retail payments regulation commenced in November 2019, the Reserve Bank asked for stakeholder views on the ‘no-surcharge’ rules typically imposed by BNPL providers on merchants, However, as with many things this year, due to COVID-19, the RBA put the review temporarily on hold and it is now expected to be completed in 2021.

From October 2021, design and distribution obligations will apply to most products regulated by ASIC, including BNPL arrangements. BNPL arrangements are currently regulated as credit under the ASIC Act and are subject to ASIC’s new Product Intervention Order (PIO) power.

BNPL providers will be required to use resources such as industry knowledge, information about their users and other data to define the target market for their particular BNPL arrangement and also to set distribution conditions in the determination and in considering the reasonable steps that are likely to result in distribution of the arrangement being consistent with its target market.

BNPL providers must review and monitor the outcomes of their arrangement and consider whether changes are required to the arrangement itself, how it is sold and to whom it is being sold. ASIC’s review highlighted that while BNPL arrangements have generally been embraced by consumers, there are always some consumers who may encounter financial difficulty, as with most credit products. If a BNPL provider offers arrangements which are designed and marketed as offering cost-free, or low-cost access to deferred payment, this should be a main consideration for the BNPL provider in terms of their DDO. For example, if a BNPL provider’s data reveals that the fees it is charging is having a significant impact on consumers, they will need to consider why this is occurring and how this can be addressed.

The Australian Finance Industry Association announced in December 2019 that it is developing an industry code of practice for BNPL providers (BNPL Code). This will respond to the finding of ASIC’s 2018 report and the recommendations by the Senate Economics References Committee inquiry.

If effective, the BNPL Code can play an important part in delivering benefits to both consumers and subscribers to the code. This will improve consumer confidence in the BNPL industry.

ASIC’s REP 672 has provided informative insight into the rapidly developing BNPL industry. As it continues to grow in popularity surpassing traditional forms of credit, it is likely that concerns with how and if it should be regulated will continue to grow as well. It is hoped that the proposed BNPL Code will ease concerns noted in ASIC’s report and strike a balance between allowing consumers to benefit from BNPL arrangements while providing a guideline as to how BNPL providers subscribed to the BNPL Code should operate in order to safeguard consumers’ rights. 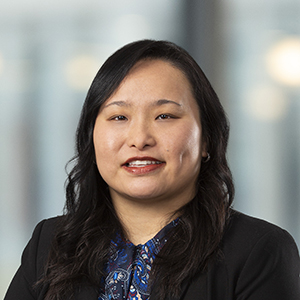