In Randgold and Exploration Company Limited and Anor v Gold fields Operations Limited and Ors [2019] (Randgold), Piper Alderman was engaged by the Defendant to provide expert evidence in relation to whether or not in New South Wales, audio visual link evidence can be taken by compulsion from a New South Wales resident for foreign proceedings in South Africa.

What is the interplay of the various legislative instruments on the issue and what options are available to parties outside of Australia in obtaining evidence by video link in the wake of the COVID-19 pandemic?

The Attorney General has published its position on this matter.  Its view is that under the law of New South Wales, a foreign court is not entitled to directly take evidence from a witness located in New South Wales by video-link.  The Attorney General’s office does not however provide reasons for its view and when the basis for this position was questioned by parties to Randgold, McKenzie Moore and her team at Piper Alderman were engaged to opine on this question.

The relevant legislation which effects the taking of evidence under the Convention in New South Wales are:

An application can be made directly to the Supreme Court for assistance in obtaining evidence for proceedings in a foreign court under the Evidence Act.  A party does not have to contact the Attorney General’s office directly.  The Supreme Court is empowered to make orders that are appropriate to facilitate such requests.  This includes orders for the examination of witnesses, either orally or in writing.

However, this power is not unqualified.

The UCPR empowers the Supreme Court to give directions for the audio-visual recording of evidence. Any orders in relation to particular steps to be taken regarding how evidence is to be obtained from a NSW resident for overseas proceedings must accord with orders that can be obtained for the provision of evidence by parties to proceedings in the Supreme Court of New South Wales.

Importantly, the Audio Visual Act sets out the Supreme Court’s use of audio and audio visual links for the purpose of taking evidence from a party to proceedings before the courts of New South Wales. Such orders include:

The Audio Visual Act, however, does not provide the Supreme Court with the power to make orders for giving of evidence or making of submissions by a person directly to a foreign court.

In the matter of Randgold, one of the witnesses material to the Plaintiff’s case resided in NSW with the trial set to take place in the jurisdiction of Johannesburg, South Africa.  Despite engaging in various efforts to contact the witness to determine his willingness to travel to South Africa to give evidence, those efforts were unsuccessful.  The Plaintiffs therefore made an application to the High Court of South Africa to issue a Letter of Request (LOR) under the Hague Evidence Convention seeking to compel testimonial evidence to be obtained from the witness by way of questioning arising directly from South Africa through the use of video link.

The question of whether or not an LOR should be issued turned on whether such a request could be facilitated by the receiving jurisdiction.  The parties were of varying positions on the matter and they each engaged NSW lawyers to provide their expert views.  Piper Alderman was instructed by one of the Defendants in the proceedings.

Piper Alderman gave evidence that the legal position was that any examination of a witness in NSW pursuant to a request by a foreign Court under the Hague Evidence Convention must be in accordance with orders that can be made for the taking of audio visual evidence where those proceedings were before the Supreme Court of New South Wales.  As the legislation does not empower the Supreme Court of New South Wales to compel a person to directly give evidence to a foreign court, an LOR seeking such an order would be unenforceable.

The High Court of South Africa accepted Piper Alderman’s evidence and cited it in its judgment.[1] The Plaintiffs’ application was accordingly dismissed.

How to obtain evidence by video-link from a NSW witness

While the NSW courts may not be able to compel NSW domesticated witnesses to give evidence by way of video link directly to courts or other parties in foreign jurisdictions, it does not:

However, in the wake of the COVID-19 pandemic, travel restrictions prevent legal representatives from foreign jurisdictions entering into Australia to conduct examinations or depositions. This means that currently parties will need to seek voluntary compliance with a request for evidence from a NSW domiciled witness.

These arrangements can often be organised privately between the parties outside of the Hague Evidence Convention.  Piper Alderman have extensive experience in facilitating overseas examinations and depositions and can provide you with the best options not only for NSW but for each jurisdiction in Australia. 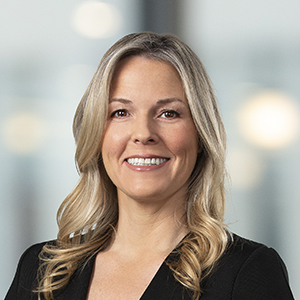