Standing-down employees under the Fair Work Act 2009 provisions has been extensively explored early in 2020, prior to the introduction of JobKeeper flexibility for managing partial work stoppages. When that JobKeeper flexibility comes to an end, likely in September 2020, employers will again need to look at what the Fair Work Act allows and does not allow. Understanding how stand-down interacts with paid absences from work (on leave, and on public holidays) will again become important. Understanding the recent Federal Court ruling by Justice Flick on access to leave during a Fair Work Act stand down is a key part of this planning exercise.

Bans on non-essential travel and closure of international borders during the COVID-19 pandemic, have had a significant impact on airline operators. In mid-March 2020 Qantas announced its intention to stand down approximately two-thirds of its 30,000 employees. With employees’ income significantly reduced, many employees sought to rely on accrued leave entitlements as income to supplement later Job-Keeper payments. Qantas allowed employees to draw down on accrued annual and long service leave during the stand down, but did not allow employees access to their paid personal/carer’s or compassionate leave.

The Transport Workers Union (TWU) and the Qantas Engineering Alliance (QEA) (which included the Allied Services Union, the AWU and the AMWU ) both brought applications in the Federal Court seeking determinations that Qantas employees be entitled to access their paid personal/carer’s leave entitlements during the stand down. The applications were heard together before Justice Flick.

Key to the decision, was the operation of section 525 of the Fair Work Act (Act) which sets out two circumstances in which an employee will not be regarded as stood-down. It states that:

An employee is not taken to be stood down under subsection 524(1) during a period when the employee:

Note: An employee may take paid or unpaid leave (for example, annual leave) during all or part of a period during which the employee would otherwise be stood down under subsection 524(1).

For leave the employer has a role in approving or not approving , his honour identified that although the purpose of the stand down provisions is to alleviate the financial necessity to continue to pay employees, it will be up to the employer if they wish to authorise an employee to take leave.

In circumstances where the leave had not been authorised by the employer, his Honour examined whether or not the entitlements to personal leave and compassionate leave under the Act, “authorise” the employee to be absent from work and therefore come within the second exclusion under section 525(b).

Referring to the recent decision in Mondelez, his Honour adopted the characterisation of personal leave in that case as a form of ‘income protection’ for the employee. This characterisation was based on an acceptance that if the employees are not afforded the leave entitlements, the employee would otherwise suffer loss by reason of their non-attendance at work. However, while an employee is stood down, whether or not they are fit for work, the employee has no work to do. Therefore, his Honour stated that ‘income’ is not being protected if there is no available or required work from which to derive income in the first place. Permitting an employee to nevertheless access personal/carer’s leave would be to allow them to “cash out” their leave entitlements contrary to the prohibition in the Act.

Justice Flick also noted that to expose the employer to a liability to pay leave entitlements after lawfully having invoked the power to stand down an employee would defeat one of the two principal purposes of standing the employee down – namely, to protect the employer against such claims.

He concluded therefore that an employee who has been stood down and who seeks to take personal/carer’s leave or compassionate leave is not “authorised to be absent from his or her employment” for the purposes of s 525(b). On that basis, the unions’ applications were dismissed.

The decision also suggested that the Act authorises employees to be absent in respect of leave for community service, public holidays and jury service, which would fall under subsection 525(b). The decision did not deal with the question of whether or not the stand down enacted by Qantas was lawful in the first place.It is important that employers understand their obligations to allow employees to access various forms of paid leave during periods of stand down and factor such payments into financial forecasting and employment relations planning both during present shut downs and considerations of returning to the ‘new normal’. 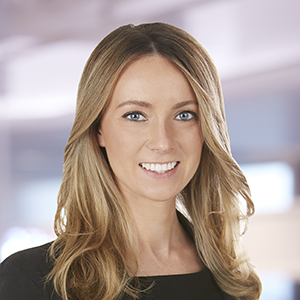