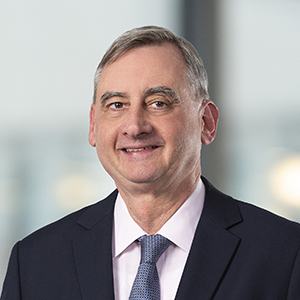 Gordon Grieve is Chairman of Partners, former Managing Partner and former Head of Dispute Resolution & Litigation. He also heads up the firms Energy & Resources and International Groups. He has a reputation in the market as an innovative, pragmatic and commercially astute litigator and commercial lawyer.

Gordon has high level experience in both the private and public sectors across all facets of major corporate transactions and commercial litigation. He advises on corporate governance and compliance issues, company takeovers and schemes of arrangement. Gordon has appeared in and instructed in large scale commercial litigation in New South Wales, Queensland, Victoria and South Australia. He has acted successfully in a number of defences of high profile white collar crime prosecutions in respect to the Corporations Act.

Gordon also co-authored the Australian chapter of Litigation Funding 2019 – Getting the Deal Through. The publication compares the legal and practical issues to third-party litigation around the world.

Previously Gordon was the Commissioner for Corporate Affairs in South Australia, and until 1999 he was the Deputy Chairman of the Brisbane-based Australian Financial Institution Commission before its functions were transferred to APRA.

‘Wide experience in the sector through Grieve (Sydney), and Steele (Brisbane). All practitioners are widely known in, and have a deep knowledge of, the oil and gas sector.’
The Legal 500 Asia-Pacific: Australia – Energy (Transactions and Regulatory), 2020 edition

Lexology Getting the Deal Through – Litigation Funding: Australia, 2020 Edition

The Trans-Pacific Partnership: What does it mean for Professionals and Services?